MWC 2010: BBC to deliver news and sport apps to iPhone 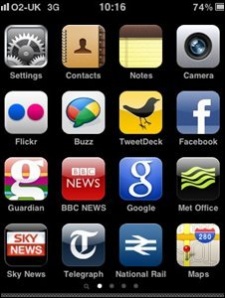 February 17th, 2010 - 04:39pm
By Keith Andrew
Considering the BBC's apparent open approach to new formats - Wii and PS3 versions of iPlayer having enjoyed considerable success of late - today's announcement that it is to support iPhone might have seemed a little slow in coming.

Regardless, the corporation has declared that free news and sports based applications will launch on the App Store from this April. The BBC claims this is a natural response to the growing number of viewers who use, "sophisticated handheld devices to view information."

"Today's announcement means that we are catching up with our audiences," BBC director of future media and technology Erik Huggers said at Mobile World Congress in Barcelona.

"We are putting technology to work to create greater public value."

The sports based app is expected to launch in June  just in time for the 2010 World Cup in South Africa. F1 content is expected to be added later in the year.

Many perceive the BBC's move as a reaction to the activities of rival media empires, Sky already having news and sports based apps on the App Store, as well as a TV delivery service - Sky Mobile TV - offering streaming news and sports channels from itself and ESPN from £6 a month.

However, while much of the press has leapt upon the idea of an iPlayer app being an inevitable follow-up, the BBC itself is being a touch more restrained, stating that it's only "considering" bringing the television service to iPhone.

What is already confirmed, however, is that the BBC will succeed its iPhone apps with alternatives for Android and BlackBerry.