Apple is reported to have calmed nerves 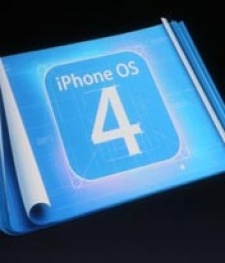 April 23rd, 2010 - 12:43pm
By Keith Andrew
It was a common theme to Apple's iPhone OS 4.0 unveiling: while the upgrade makes sense from a consumer's perspective, there were plenty of revelations that could, potentially, put businesses under threat.

As such, speculation suggested that collecting data using in-app analytics was set to be banned when 4.0's new terms and conditions come into force.

However, as VentureBeat reports, the analytics firms themselves  Flurry, Distimo and Medialets to name a few  are now calling time on this rumour, suggesting their fears have been calmed by Apple.

"And we are also working [on] and will be announcing soon an initiative and product features that address consumer privacy concerns."

While, to-date only Bango has come out and claimed it's 100 percent confident the new terms and conditions won't effect its business, it would appear any thoughts of an outright ban are fading.

Instead, it appears analytics as a whole will be placed under greater scrutiny by Apple, the likelihood being that firms will have to be much more careful about what statistics they collect.