One million iPads sold in 28 days 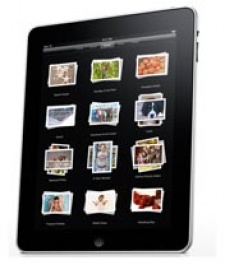 May 3rd, 2010 - 04:33pm
By Jon Jordan, Contributing Editor
Following the US launch of the 3G-enabled iPad over the weekend, Apple has confirmed it sold its millionth iPad on Friday 30 April, 28 days after the wi-fi version was released.

Users have downloaded 12 million iPads apps and over 1.5 million ebooks from the iBookstore.

"One million iPads in 28 days - that's less than half of the 74 days it took to achieve this milestone with iPhone," said Steve Jobs, Apple's CEO.

"Demand continues to exceed supply and we're working hard to get this magical product into the hands of even more customers."

Apple also says there have been 5,000 iPad apps created, although this includes universal apps, which work on iPad and iPhone.