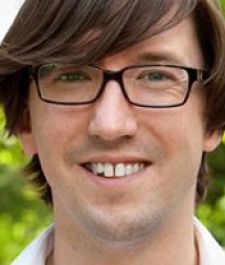 August 17th, 2011 - 01:22pm
By Jon Jordan, Contributing Editor
A freemium success story on the App Store is just another occurrence these days, but the numbers from Future Games of London's latest push for its Hungry Shark franchise are backed with hard numbers about cash.

On the back of Discovery Channel's Shark Week, the 99c Hungry Shark Part 3 game went free, generating daily downloads of up to 250,000 and boosting the series total to over 18.5 million, and the monthly active users total to 5.5 million

More interesting however was consumption of the in-app purchases such as Mega Shark, Blood Bath and Treasure Map, which cost from $1.99 to $4.99.

Average value of an in-app purchase transaction was $3.26, resulting in a five-fold increase in revenues.

"The success of the freemium model leads us to believe we will be moving away from paid apps completely," said Ian Harper, FGOL's MD.

"By switching business model on Part 3 during Shark Week, we've traded 1,000 downloads a day at $1 for 250,000 daily active users (DAUs) we can monetise through in-app purchases."

He continued, "Our revenue is also now correlated with daily users not daily downloads, which is great as DAU falls off much slower after a sales spike. We've also been able to give the whole game away for free and reach an audience a hundred times larger, who we can also promote other products to."