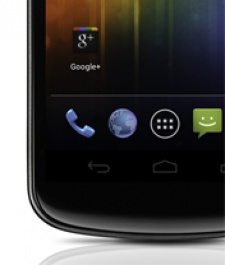 July 4th, 2012 - 11:13am
By Keith Andrew
An attempt by Samsung to delay the injunction preventing the sale of the firm's Galaxy Nexus in the US has been denied by San Jose district court judge Lucy Koh.

Samsung, which is to appeal Apple's injunction, had been hoping to put the sales block on hold while it built its case.

Judge Koh, however, ruled there was insufficient evidence for such a decision.

In Koh's view, while the disappearance of the Galaxy Nexus will inconvenience consumers, Samsung has other handsets it can fall back on to fill the void.

"Although some consumers may be disappointed that they cannot purchase the Galaxy Nexus, the Galaxy Nexus, as Samsung itself has repeatedly insisted, is not Samsungs only smartphone product on the market," ruled Koh.

The decision comes days after Koh also declined but a separate injunction relating to Samsung's Galaxy Tab 10.1 on hold.

Both sales bans, however, are not yet permanent. For the Galaxy Nexus to be barred for US shop shelves for good, Apple must win the patent infringement case.

The company is also required to post a $95.6 million bond to account for the financial impact the injunction may make should it later be disproved in court.

For Samsung and Google's part, however, the injunction risks damaging developer take up of the next version of Android  named Jelly Bean  with Galaxy Nexus serving as a reference point.

"We believe todays ruling will ultimately reduce the availability of superior products to consumers in the United States," said Samsung in a statement.

"Meanwhile, we are also working closely with Google to resolve this matter, as the patent in question concerns Googles unified search function."