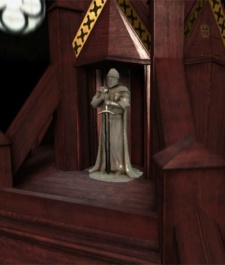 January 24th, 2013 - 10:30am
By Keith Andrew
Named as Apple's iPad game of the year for 2012, The Room has amassed more than 1 million paid downloads on the App Store for iPad since launch back in September.

That's according to developer Fireproof Studios, which claims the game  which cost £60,000 to make  had earned its money back within a week of launch.

Said stats were revealed in an interview with The Guardian, with commercial director Barry Meade stating that The Room's success is proof premium games can still enjoy a major role on mobile platforms.

"When iOS happened, that made it possible for someone with our means to make something small and just get it out there," Meade told former PocketGamer.biz editor Stuart Dredge.

"We saved up our money for three years, used it to hire a coder in January last year, and by February we were making The Room."
The Room initially launched at £2.99, but has since shifted to £1.49.

Even at that lower price, however, 1 million downloads is equal to just under £1.5 million in sales. Take away Apple's 30 percent cut, and you're left with little under £1.05 million in Fireproof's pocket.

There are other costs associated with the launch of a game like The Room, but it's safe to say Fireproof has comfortably turned a profit.

But how has it reached such heights, especially when the point-and-click genre it slots into is largely perceived to be out of fashion?

No doubt, Apple's decision to promote the game on the App Store  and award it the aforementioned iPad accolade  helped, but Meade also believes Fireproof's approach to its development also had a major part to play. 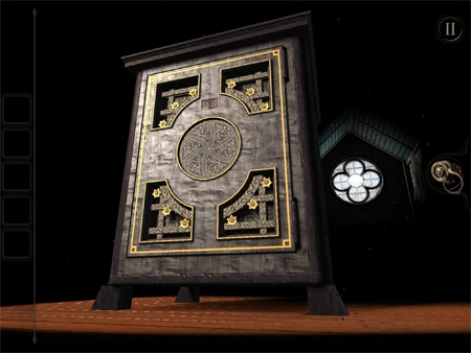 "We wanted to make the best iOS game we could, not just try to make a big console game for iOS," he said.

"A real games-maker will design their game around the resources they have and the platform they're going on. It's quite a practical equation.

"All these so-called outliers that [games industry] people sneer at  Angry Birds and Cut the Rope etc  these are true touchscreen games, and that's why they're so successful."

It's Meade's belief that people underestimate what can be achieved on iPad. When it comes to immersion  a key part of The Room's play - he believes people forget "what a difference touch makes."

"Once you've got your audio and your visuals, the touchscreen is now a new method of immersion. People have really gotten off on the tactility of The Room and these objects," he added.

"Immersion is key for people to take games seriously on the platform."

Perhaps the biggest lesson learned for Meade, however, is that people are still prepared to pay to play.

"When we were number one in the US iPad charts, we weren't even breaking the top 100 in the Top Grossing chart," said Meade.

"But we're doing very well. There's absolutely room for premium games on iOS. People aren't not going to buy something because it's not free-to-play."