Apple unveils the future of its smartphones with the iPhone X

Set to launch on November 3rd 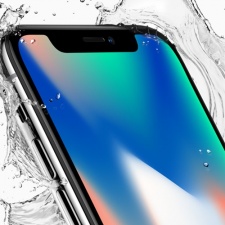 Apple has unveiled the much-rumoured iPhone X that comes packed with new features and an all-new display.

It had used its special event keynote to unveil the new iPhone 8 and 8 Plus, but used the occasion to announce the next step in the device's evolution.

The iPhone X screen is 5.8 inches long and covers nearly the entire front of the device. Space has still been made at the top of the display however to fit the front-facing camera.

Gone is the home button and fingerprint scanner, with the smartphone instead using Face ID facial recognition to unlock it. Users can now also use various gestures to navigate their phone rather than using the home button.

Developers can use ARKit to take advantage of the TrueDepth camera (made up of a dot projector, infrared camera and flood illuminator) and rear cameras to create AR games and apps for the device.

Apple has also introduced Animoji, which uses the TrueDepth camera to capture and analyse the user’s facial movements and animate it onto various animated characters, such as a panda, unicorn and robot. Messages can be recorded and sent back and forth between users, delivered by the Animoji.

The iPhone X is powered by the A11 Bionic chip which features a six-core CPU design with two performance cores and four efficiency cores that are said to be 25% and 70% faster than the A10 Fusion chip.

One of the most interesting features is wireless charging, which works through the Qi ecosystem (which Samsung also uses) and special charging mats called AirPower. These won’t come until 2018, though.

Pre-orders will start on October 27th in more than 55 countries and territories, and will officially launch on November 3rd.