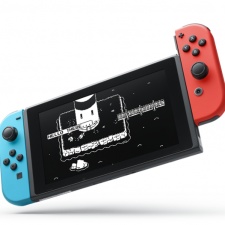 Dundee-based YoYo Games has launched an open beta for a Nintendo Switch edition of GameMaker Studio 2.

The new edition of the engine enables developers to port any previously created games directly to the Switch, as long as it was developed on GameMaker Studio 2.

A full commercial launch for the Nintendo Switch edition of GameMaker Studio 2 is currently slated for September 2018.

“Since announcing our relationship with Nintendo to launch the GameMaker Studio 2 Nintendo Switch licence edition, we’ve been contacted by over one thousand developers who want to bring their GameMaker titles onto Nintendo’s record-breaking console,” said YoYo Games general manager James Cox.

"We’re excited to see the massive range of GameMaker Studio 2 content that will be launching on the platform.”