Mobile creativity is being throttled

October 2nd, 2013 - 02:18pm
By Carter Dotson, Stateside columnist
Chicago-based Carter Dotson is a senior writer at 148Apps.com, which was acquired by PocketGamer.biz publisher Steel Media in 2012.

Is mobile gaming stagnating? Well, look at the top of the stores.

Change, which has been frequent and dramatic in the mobile space since iOS and Google entered the scene, seems to be frozen at the top.

Take a look at the App Stores' top grossing chart, and what do you see? Candy Crush Saga and Clash of Clans at the top. Sure, they've flip-flopped positions occasionally, but they've been up there. They've been up there for a while.

The only difference on Google Play is that Clash of Clans has only just launched in beat form. And, when it comes to the rest of the games on the list, they're not all that different: they're mostly card games, casino games, puzzle games, and simulation games, overwhelmingly free-to-play titles.

Is this a problem?

One thing's for sure  it's been this way for months. Any change has mostly in rank, in the skins around some of these games and the ways that they monetise, rather than their being an influx on fresh blood on the stores.

There's a lot of large, well-established studios behind these games, and given their ability to market them, it's hard to see this changing.

And this is a big problem for everyone else working in mobile: the big players are settling in, perhaps finding for the first time the consistent formulas necessary to win big on mobile. 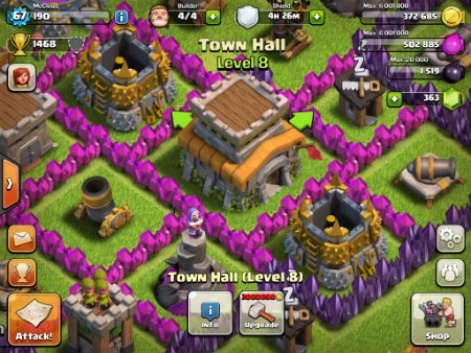 Can you remember when Clash of Clans wasn't near the top of the charts?

Apple wants to be an influencer, but its hand is a weakening one.

Not that it isn't trying, hiring experienced people to curate its apps. In 2010, Apple hired long-time IGN editor Matt Casamassina to be the App Store's global editorial games manager.

Just recently, Apple hired the assistant manager of the Toronto Blue Jays, Jay Sartori, to manage the sports and entertainment category of the App Store.

Is Apple an influencer?

However, talk to developers featured by Apple and they'll tell you that it's only a small part of the way to success.

What's more, when it comes to free apps, Apple can only deliver downloads, not revenue.

For example, FIFA 14 and Pocket Trains were both featured by Apple at the end of September and made it into the top 10 free chart as a result. Neither, however, is even in the top 30 when you look at the top grossing list.

This can, in part, be down to the way games monetise, as well as the type of gamer they attract, but the important thing to note is, when it comes to actually turning a profit, for most studios the relevance of securing a feature spot with Apple is dwindling, and unless you're King, Supercell, or one of the other big shots, this should worry you.

If Apple, the massive, domineering store holder that it is, exerts such little influence over the success of the games and apps it chooses to feature, then where's the room for the plucky little upstart?

And that's the thing: It'd be unfair to suggest Apple doesn't care for those upstarts  it has demonstrated in the past it's willing to feature games from relative unknowns  but Apple and Google alike are losing grip on how their stores should operate.

They can change the algorithms and fiddle with the seams, but they're not hitmakers anymore.

Success on mobile is fasting becoming a game of who has enough money to build awareness, or who already has hit titles they can cross-promote with.

The indie gold rush is definitely over, and the odds of another Imangi or NimbleBit springing up somewhere  a tiny two-or-three person studios that amasses mainstream success  are slim. 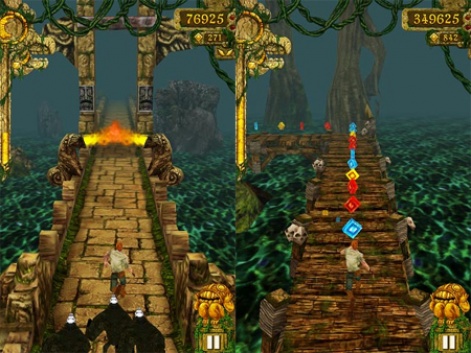 Will we ever see a game like Temple Run come out of nowhere again?

But this isn't just a case of indies losing out financially.

Part of what made mobile such an exciting space to be in after the launch of the App Store in 2008 was the fact that studios were constantly innovating and being rewarded for that endeavour.

Rather that sequels being guaranteed bankers  stagnating the market as they do on consoles  developers learned that, taking a risk and doing something different was more likely to pay off.

In short, this innovation drove mobile forward. Fast forward to 2013, and the variety of titles at the top of the charts is very low. New ideas are being shut out, or driven away from mobile entirely.

The mobile market deserves to be more than just a playground for wealthy companies to profit off of the same formulas just with new skins. Mobile gaming's massively successful era was born from the idea that anyone could make an app and potentially succeed.

The first part is still true, but the potential for the second is rapidly falling away, and it appears Apple, Google, Microsoft or BlackBerry are powerless to halt the decline.