If you want to succeed, you need to harness the power of your community

James Kaye looks to the past to point to the future 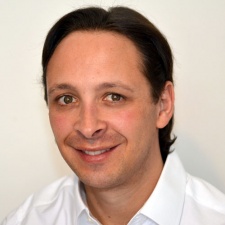 Chances are that many of you reading this would still have been in school/highschool when I start talking about 1998 but bear with me.

Back in 1998 I was a wet-behind-the-ears community manager with an online gaming service called Wireplay, which was owned by BT (British Telecom was and is the UK's main telco).

I really didn't know what I was doing and seemed to be engaged in nothing more than a huge exercise of common sense mixed with trial and error. I was in uncharted waters.

I also had the privilege of working with none other than behatted mobile games industry stalwart Oscar Clark whose excellent article on building communities face-to-face spurred me on to write this very column.

1998, for those of you that can recall it, was a technical wasteland compared to today's super connected world.

Mobile phones were as dumb as you can get with a few lines of black text and most people connected to the internet at great expense via 56.6 modems that made a strange screechy noise whilst you were waiting for them to do their thing.

As far as online gaming was concerned, MMOs were in their infancy and I had previously been lucky enough to cut my communal teeth at 3DO with Trip Hawkins' Meridian 59, the world's first 3D MMO.

At Wireplay, we catered to a wide range of online PC games of which the biggest were titles such as Counter Strike, Quake and Command & Conquer that still have a place in many of our hearts.

These guys were asking to run dedicated leagues and all they wanted was prizes and our support.

For anyone else who's had the pleasure of being a community manager back then, we tended to spend our days on forums moderating aggressive 'flame' wars and deleting abusive messages. We also received endless emails from people who were akin to modern Twitter trolls and delighted in telling us what an utter waste of space we were as human beings (in much much harsher terms than that).

This was largely due to them experiencing such horrors as 'packet loss' (not the mislaying of potato-based snacks as I first thought) and their ping rate rising to an unacceptably high level... even with all the textures in Quake switched off.

In amongst all the abuse that I dealt with on a daily basis, it soon became clear that many of the games we supported had an incredibly dedicated and passionate vocal minority who were only too happy to help patrol the boards and point out problems to me as well as send me emails with tips on what we could be doing better.

Next thing I knew, these guys were asking to run dedicated leagues and tournaments and all they wanted was a few small prizes and our support. I soon became amazed by the sheer passion and dedication of these people.

Thinking of a way to formalise the structure, I came up with the rather twee sounding 'Club Captains' scheme where I officially appointed people as guardians of their particular game variant as well as the added ability for them to have a team of deputies and some limited powers on the forums.

Perhaps strangest of all, some of our biggest and most vocal detractors became Club Captains themselves and turned from poacher into gamekeeper, turning their previous barbed criticism into passionate, vocal supporters of the cause.

Things weren't stopping there though. Because all the community was in the UK, I wondered what would happen if we tried to have an actual real physical meeting?

So, I found a new LAN gaming cafe in central London called The Playing Fields that was aptly run by a retired British Army Major. I then offered to pay for transport and food if anyone was interested in coming along to a real meetup on a Sunday.

Seriously, who the hell was going to give up their precious Sunday and come down to meet us on the Lord's day of rest? Quite a lot of people as it turned out.

The response was truly amazing. A large number of people whom I had only ever known by their online handles now manifested themselves real people as they walked into the room. In amongst the expected throng of 18-35 year old males I even found a husband and wife team who co-managed a club whilst juggling their work and kids.

The meetings then grew into regular quarterly Sunday events where we mixed serious discussions about the club structure with food and a decent dose of fragging.

The reason I cast my mind back and tell you this is not entirely due to dewey-eyed reminiscence but more so because I strongly believe that the lessons I learnt in 1998 are as relevant now as they ever were.

Having worked on a lot of app launches and with a lot of mobile game developers, I believe more than ever that the 'games as a service' model is akin to what I was witnessing before the turn of the century and it's what any community manager who works on an MMO or other online game will have witnessed thereafter.

Consider the rise of Twitch and professional gaming as the high watermarks of communal dedication.

If game developers are to really succeed then they need to harness the power of community. Today, the tools to engage with and create powerful online communities are stronger and better than ever compared to the forums that I knew.

The sheer possibilities of Twitter and Facebook alone are enough to grow and nurture a legion of dedicated followers. Taking it to the next level let us also consider the rise of Twitch and professional gaming as the high watermarks of communal dedication.

At the moment, the mobile games industry spends a lot of time talking about and dissecting the habits of the ever mystical 'whales'; the tiny percentage of people who sit and spend obscene amounts of money in any given title.

But these people are more than just cash cows or any other mammalian epithet we care to cast upon them. They're also passionate gamers who have a vested interest in the future development of their chosen product and given time and effort any developer can identify and harness the huge potential of these people.

Whether its a special VIP programme to give these super-users sneak peeks, a private Google Hangout with them and the dev team or even a physical get together in specific cities, I truly believe that the power of community can and will work wonders for a lot of games.

These people are walking, talking, passionate advocates of your product and nurturing them will reap dividends in the future.

I readily accept the fact that not all super users are interested in competitive play, events or other social interactions and so the skill of any developer will be to engage with them on some level, even if it is for some valuable insight and feedback.

I can assure you that the main thing these people are looking for is a sense of validation and feeling special and that they can ultimately make a difference.

Perhaps the greatest manifestation of community nurturing is the annual Blizzcon event that attracts thousands of feverishly excited paying devotees of Starcraft, Diablo, World of Warcraft and now Hearthstone.

Any developer now would do well when constructing their marketing strategy to consider the role of community and how they'll harness it. Who knows? maybe you'll end up hosting the next Blizzcon in a few years time?

The difference with mobile: How to market and pitch your mobile game to media and influencers