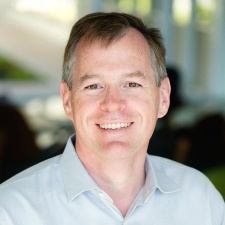 William Grosso is the CEO of Scientific Revenue.

This article builds on previous articles I've written and talks I’ve given. It gives more background information and context on how Scientific Revenue thinks about the evolution of IAP monetisation, leading up to a brief discussion of annuities.

The goal is to convince you that the future of IAP monetisation involves highly differentiated offers and offer types. As part of this, annuities are briefly described. In a subsequent article, I’ll discuss, in detail, how to design annuities.

You’ve heard it before. Mobile games are now big business. But it’s true, and it’s worth mentioning once again: Mobile gaming, and free-to-play gaming more generally, is now a huge and highly competitive market. Consider, for example:

What happens when you have a huge market of enthusiastic consumers, with an enormous number of companies competing for their business?

Well, for one thing product quality goes through the roof as companies compete for business. And we see this in mobile gaming – the games are generally awesome and they’re getting better all the time. The overall rate of improvement is astounding.

Another consequence is that there’s a huge trend towards commercial sophistication - as the market matures, figuring out how to reach consumers and how to get their business becomes a major focus point for companies.

In 2014 to 2016, leading gaming companies became increasingly sophisticated in how they conducted marketing and UA.

In 2014 to 2016, for example, leading gaming companies became increasingly sophisticated (and increasingly automated) in how they conducted marketing and user acquisition. For example, we saw:

At Scientific Revenue, we see this trend towards commercial sophistication increasing, and extending far into the game itself. This is especially true for games that leverage in-app purchases for a significant percentage of their revenue.

The following major trends are all simple logical consequences of this point of view:

The coming wave: Different offers and types of offers

Thinking of free-to-play as really being about the location of the point of sale is, it turns out, a very helpful way to think about monetisation trends in mobile gaming.

Mobile game studios are gradually coming to grips with their new role (running the checkout aisle), and are adopting best practices from retail as they do so.

The next wave in this trendline is offering increasingly differentiated products for in-app purchases. Five years ago, most IAP oriented games had some variation on the following items for sale:

Some games were more commercially sophisticated, but the above list came close to defining generally accepted best practices.

Nowadays, most new games come with:

For example, if you look at the most recently installed game on my phone (nWay’s Power Rangers: Legacy Wars), it has:

Generally speaking, more things are for sale than in previous generations of games, there’s a greater variety of merchandise, and there’s more awareness of contextual offers and bundles.

(And, of course, managing this properly, presenting the right offers to the right players, requires a substantial amount of server-side machinery and expertise. It’s a good thing we’re entering the era of machine learning).

An annuity is a purchase of currencies or goods that is offered at a steep discount and delivered over time.

Annuities: A different type of offer

Annuities are an increasingly popular, and important, type of highly segmented and user-specific offer that fits perfectly into this line of thinking.

An annuity is a purchase of currencies or goods that is offered at a steep discount and delivered over time (the “annuity payments”). The actual purchase is a lump sum, paid at the beginning of the annuity.

Here’s how an annuity is defined:

"An annuity is just a sequence of payments that a person receives in exchange for an initial investment. Interest payments by a bank into a savings account are a common kind of annuity. Insurance companies usually offer another type of annuity where you pay a large sum now (say $100,000), and then receive a guaranteed amount – say $5,000 a year – for the rest of your life."

Here, for example, is an annuity from Marvel Puzzle Quest.

As you might guess, annuities tend to split the population between more impulsive players and those players who value the items being sold, but can wait to receive them (in exchange for a discounted price).

In short, annuities appeal to “planners” who are affluent and have good impulse control.

In short, annuities appeal to “planners” who are affluent and have good impulse control (these people often become “grinders” otherwise due to their ability to suppress their impulsive buying decisions).

Note that annuities also have a very strong retention component. Much like daily login rewards, the presence of an annuity tends to encourage users to log in on a regular basis. And, of course, once the user is in the habit of playing daily, the user is much more likely to be a long-term player.

Done properly, this increases monetisation significantly while also increasing player happiness (if you’re a “planner”, you want to be offered an annuity).

But it also increases the amount of work involved in game design and implementation: someone has to design the offers, and then they need to be displayed to the right players at the right time -- the last thing you want is to present every player with an overwhelming set of alternative purchases to make at every step of the game.

In a future article, we’ll make this more actionable by walking through the nuts-and-bolts of annuity design.