InnoGames' Sven Miketta gives you advice on feeding the beast 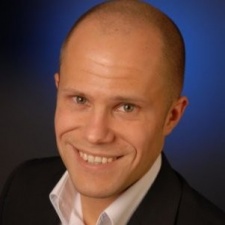 Facebook's algorithms are a hungry beast and data is its food. They are not always easy to feed but if done right it will have a tremendous impact on your business results.

InnoGames is Germany's leading developer and publisher of mobile and online games. Facebook is InnoGames' single largest channel for user acquisition. Over time we have accumulated loads of learnings about the way Facebook functions and about how to excel in algorithm-driven advertising.

Sven Miketta has headed the Paid Social team at InnoGames for seven years. He and his team have overseen a high 8-digit budget during this time, constantly optimizing their investments towards Return on Ad Spend (ROAS). Based on his experience, Sven has compiled five tips for feeding Facebook's algorithms right.

Take a look under the hood

It is easy to get sidetracked in Facebook's fancy options for targeting, placement, creative and optimization. But there is really only one thing that matters: Deliver at least 50 conversions per ad set in seven days (let’s call it the “50 in 7”). Every seven days, not just the first seven days, not just sometimes – always.

With less than 50 of them per seven days per ad set, the algorithm cannot work properly. It will simply not have enough data points to do its job properly.

What the conversion is, is up to you. Ideally purchases (this is what we all want after all) but you can go for installs or logins if this is what matters to you.

Just remember that with less than 50 of them per seven days per ad set, the algorithm cannot work properly. It will simply not have enough data points to do its job properly. This will consequently result in a sub-par performance.

Now how do you get there? If you are like us and don't have unlimited funds at your hands, scaling each of your ad sets up so that it reaches the 50 in 7 will not be an option. You will likely have to work with your given budgets and thus spread your Euros across fewer ad sets. Consolidate your ad accounts, campaigns and ad sets as much as possible.

Do the math. You want to aim for 50 in 7. So, take your average cost per conversion (purchase, install, whatever you go for), multiply by 50, and you are looking at your absolute minimum ad set budget per week.

Divide your total available weekly budget by this figure to know how many ad sets you will have to consolidate towards. And be consequent about this. Pausing down so many of your beloved campaigns will hurt but you will be happy about the result.

Let go of the idea of targeting geos, gender, age clusters et cetera separately. Some of our best performing campaigns target whole continents with no other limitation on top but Facebook's Value Optimization algorithm. Consolidation mechanically implies a loss in granularity.

You do still have plenty of levers to pull. You can go wide in your geo and demographic targeting and use Facebook's most restrictive optimization algorithm (MinROAS). Or limit your audience by only targeting the top Lookalikes of your pay users and in turn ask Facebook to optimize for installs and not even look at value.

To find one well working creative you'll have to test 20 more that you will throw away.

Just be sure not to be restrictive on all levels at the same time, otherwise you won't see much volume coming in.

As mentioned above, you will have to let go of some control if you want to feed the algorithm right. Trusting a real-life person with something important can be a scary thing. Trusting an algorithm is just as scary.

You will need to trust the algorithm with money and time. Money to give it a fair shot at reaching the 50 in 7 – this can easily be a couple of grand per day per ad set if you aim for purchases. Time to allow for the algorithm to identify the right audiences – be patient for at least a week before judging the results.

Last but not least: Creatives. Many of them. To find one well working creative you'll have to test 20 more that you will throw away. Don't spend too much money on testing them (spend the money on reaching the 50 in 7 as shown above).

What has worked well for us is to test creatives in a separate ad set that optimizes for installs. You can even run these in tier 3 geos, as we have found the results to be transferable to our live campaigns in tier 1 and 2.

Throw four or five of those freshly produced creatives you got from your artists in there, wait for a few days and take a look. Did one of them accumulate the largest chunk of budget and reach? This is the one you want to move over to your other ad sets. Facebook has found it to be resonating the best with your audience and that’s a good first step for it to drive volume and take you closer to the 50 in 7.

Of course, there is no one-size-fits-all solution in Facebook marketing. Just remember: Your most ingenious audience segmentation, your shiniest creative will make nothing work for you, if the algorithm does not have enough data to decide who to show your ad to. These five tips will help you get there.