Paying players spending $48 each a year 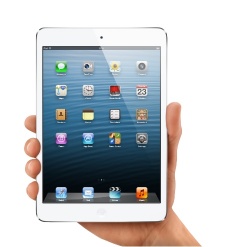 That's according to the latest study released by PlayFirst and Frank N. Magid Associates, which claims that 61 million gamers prefer tablets to smartphones  a figure that's up 70 percent year-on-year.

The research also concludes that 69 percent of tablet owners use their device to game regularly, with 31 percent splashing out on virtual goods, each spending an average of $48 in the last 12 months.

Indeed, the report suggests tablet gamers are more willing to invest in games financially than those taking on titles on their smartphones.

"Despite its strong growth in the last three years, mobile gaming is still at the beginning stages of its global expansion on smartphones and tablets," said Marco DeMiroz, president and CEO of PlayFirst.

"Because its so easy and convenient, mobile gaming has become a mainstream consumer entertainment pastime, right alongside watching television and movies. In fact, it is replacing traditional home entertainment as tablets offer a rich and compelling user experience."

The report also claims gaming is the number one form of entertainment on tablets, with owners downloading 25 games a year on average - one in five of which are paid games.

"We started seeing the emergence of the tablet as a huge gaming platform last year," said Mike Vorhaus, president of Magid Advisors.

Apple's iOS still leads the charge in terms of gaming, with the study revealing that iOS gamers are more likely to both purchase and play games than their Android counterparts.

PlayFirst serves up one million Diner Dash downloads on Android