Is Apple about to become the dominant mobile games publisher? 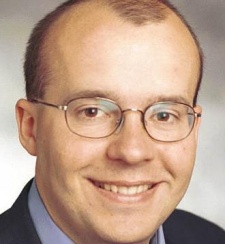 March 5th, 2009 - 02:28pm
By Guest Author
As the App Store struggles under the weight of new games published every day, is the gloss coming off the iPhone?

And if so, will Apple respond by becoming the gatekeeper of AppStore - in effect, the most powerful publisher in mobile gaming?

Of course I dont believe that the iPhone is over (see my posts about how threatening the iPhone is to the PSP), but Apple is about to have to take some substantial steps to deal with the rapid success of the AppStore.

Every games company I talk to is excited about the App Store and the iPhone. Developers in particular, many of whom cut their teeth in small teams working on 8-bit and 16-bit systems, are excited about the potential to return to what they believe are the roots of gaming: innovation, accessibility, and above all, cost-effective small teams.

Is the excitement over the iPhone overblown?

But SlidetoPlay puts a different spin on this excitement over the iPhone. Using appshopper, which shows all of the new games which appears on the App Store each day, they estimate that around 30 new games are appearing every day.

And its on an upwards trend.

Apple has to manage all of those new apps. Consumers have to find their way through them all, trying to find the jewels in and amongst the free games, the Lite versions and the shoddy content.

And some of the limitations of the AppStore make it worse: as TechCrunch reports, when phenomenally-successful music game publisher Tapulous wants to issue new premium songs, it has to issue an entire new version of the game. No microtransactions here.

Actually, its worse even than that. Whenever a game gets patched/updated/reissued, it moves up the App Store list of recent applications.

Its a perverse incentive for developers to keep issuing very slightly tweaked versions of their games to go back to the top of the most recent games.

As indie iPhone developer Noel Hartshorn said, Note to self  make sure there are more typographical errors in the next app to justify republishing the game 20 times.

The popularity of the iPhone is a great problem to have

Of course, for Apple, the enthusiasm of developers for the iPhone and iPod touch is a great problem to have.
SlidetoPlay suggests that one solution is for developers to embrace the Veblen effect, effectively putting a mark of quality on the game by raising the price.

Developers are inching up the price of their games away from the free/Lite versions as a way of saying to consumers Hey, my game is expensive, so it must be good.

Apple is helping the Veblen effect with its planned premium version of the App Store, offering games for $19.99 (which I believe would be great, but not if the criteria for entry is that you are a major publisher like EA or Gameloft. Thats just shafting indie publishers and iPhone customers).

The huge problem with mobile gaming before the App Store was the user experience of finding, downloading and paying for games on mobile.

Apple solved that and in the process removed the power of (in the words of Mobile Entertainment) a dozen or so operator product managers - some of whom (lets be honest) dont really care that much about gaming.

Now the question is whether Apple will have to bring in some product managers to sort the wheat from the chaff and to maintain the quality of the App Store content. And if so, does that in effect make Apple a publisher?

I hope not. I hope that they incorporate more and better ways for the community to promote, rate, recommend and share games. For Apple to start taking on a gatekeeper role would be a retrograde step for the industry.
Nicholas Lovell is the founder of Gamesbrief and a consultant to the games industry. He was previously CEO of GameShadow and Managing Director at Lodestar Partners, a corporate finance boutique focused exclusively on the games industry.

Reply
jon jordan
The momentum with all platform holders is to become more hands off. Just look at Nintendo with DS and Wii - and this from a publisher that was widely criticised with GameCube because of its restrictive nature.

Will be interesting to see if Sony can pull off the same trick with the PlayStation Store.
Posted 12 years, 2 months ago