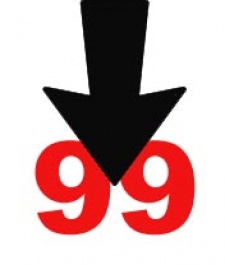 Long nights crunched to get it complete for the last weekend before Christmas, they've already had to deal with a huge number of triple-A titles such as Real Racing, N.O.V.A. 2 and Tomb Raider being released in the same week.

And now EA has dumped the majority of its iOS catalog down to 99c for good measure.

I have the power

Notably, with the exception of Mortal Kombat 3 ($6.99) EA didn't have any big releases this week. Its only other game was the delayed Battlefield: Bad Company 2, which was priced at 99c.

Rival Gameloft has released key titles over the past two weeks however, while Real Racing 2 is a clear competitor for EA's Need for Speed franchise.

The wider context is the company has been underperforming financially. Its Q2 figures were down 4 percent year on year, while sales at Gameloft were up 15 percent over the same period

Where do we go from here?

Of course, there's no sympathy in business, and to that extent EA's move is exactly what companies should be doing in terms of promoting their business while disrupting the competition.

Indeed, other big publishers have pulled off similar moves. For example, Namco dropped the prices of 53 iOS, Android and BlackBerry games in November, although not all to 99c.

Yet, it's the sheer number of games, particularly as many were previously priced at $4.99 or $6.99, that's the surprise, as well as suggesting it's not been done for pure financial reasons.

Presumably EA hopes to swamp the App Store charts, which Apple will freeze on December 23.

As well as blocking off the rise of rival games in the download charts, EA could also change its price beforehand, leaving its game placed high but at their pre-sale prices, right in time for the Boxing day unwrap.

Still, it's not a strategy for longterm growth. That will require innovation where it really matter - the games themselves.