iOS and Android loyalty is the key 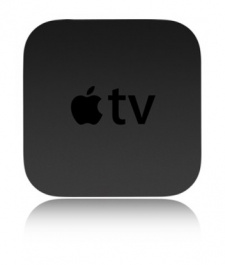 March 13th, 2013 - 10:15am
By Kristan Reed
Barely a month goes by without someone muttering optimistically about what Apple might be planning with Apple TV, or talking up how set top boxes, smart TVs and even game sticks could eventually usurp consoles as our living room gaming systems.

The assumption seems to be that the technology at the heart of the current (and future) generation of these devices is already more than powerful enough to produce a great gaming experience.

But while that's true, the appetite from the industry to support these platforms seems to be limited to say the least.

A less polite assessment of the scene as it stands is that it's a bit of a joke. It's now a full year since Apple last updated its Apple TV range, and the initial momentum behind it - from a gaming perspective - has dwindled to a crawl.

A year ago, Apple received plenty of praise for the promise of AirPlay gaming, with groundbreaking apps like Real Racing 2 showing the promise of dual screen gaming fully nine months before the Wii U came along and showed the world how to do it properly.

After the initial flurry of support from a couple of dozen of games last Spring, it was evident that developers weren't focusing on AirPlay gaming at all. 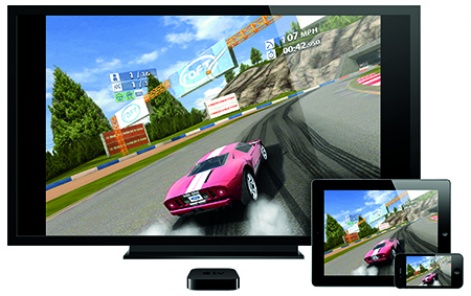 At least in part, this collective industry shrug was because Apple made it a strangely convoluted process for gamers to access this innovative feature, but also no doubt because of the control lag that tended to blight the experience.

It was perhaps telling that Real Racing 3 launched a couple of weeks back without the much-trumpeted feature. If Apple's not getting behind the feature, why should anyone else?

You'd imagine that other platforms would be taking full advantage of Apple's disinterest, but it's just as bad in smart TV land.

In terms of design and functionality, they're a thing of great beauty. And if the bundled version of Angry Birds is anything to go by, they're fully capable of running familiar gaming apps in HD without really breaking sweat.

Who knows what else these TVs could run? It's hard to tell, because right now the only other games available on the system are junk free apps that were considered crap in the early noughties. Why is there so little gaming content available? No-one's saying.

Meanwhile, there are plenty of other set top boxes dabbling in the app gaming market with varying degrees of commitment.

The Apple TV-esque Roku is one such example that I've played around with lately, and is probably one of the few to consider the potential outside of basic TV, movie and music streaming. 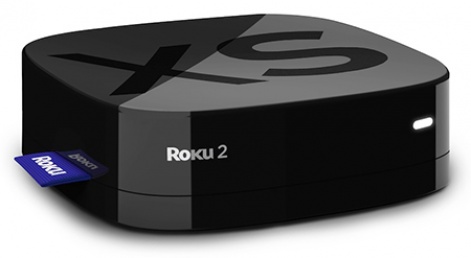 Without delving too deep, you can find the likes of Fieldrunners, Storm In A Teacup, Pac-Man CE, Super Stickman Golf alongside the ubiquitous Angry Birds games.

Sure, it's hardly going to keep Sony, Nintendo and Microsoft up all night, but it has always seemed like a no-brainer to offer simple games like these to the millions of casual gamers out there.

Taking that a step further are upcoming platforms like Ouya and PlayJam's GameStick, which plan to take full advantage of the oceans of Android-compatible content out there. 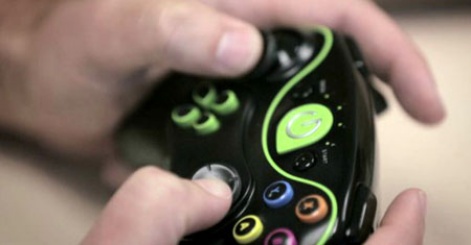 But while being able to access a vast catalogue of great games is theoretically attractive to gamers, both devices involve investing in another platform.

I can't help but think that if you're that bothered about playing Android games on a big screen, you'll hook up your existing device to a TV and maybe grab a third party controller.

To make this rather peculiar segment of the games market work for everyone, there needs to be an ease and ubiquity to it that is currently lacking.

Only Android and iOS can legitimately claim to offer this to consumers, and the moment a TV or set top box takes advantage of this, consumers will doubtlessly get on board in compelling numbers.

The basic point is that millions of consumers have spent years buying games and apps, and don't really appreciate having to start over.

If they can seamlessly integrate their apps and purchasing history with that device without arbitrary gouging and penalties, they will gladly remain within that expanding content ecosystem.

Apple must know this all-too-well. Like many millions of people out there, I've been locked into its ecosystem for years. With apps, it's approaching five years, and with other content it's nearly ten.

However much I might like the look of a Galaxy S III or Windows Phone 8 device, I'm not going to kiss goodbye to that content archive lightly. The moment Apple pushes the button on a proper gaming-capable Apple TV, it's going to be extremely difficult to resist getting involved.

I'm fully invested, and so are millions of others. 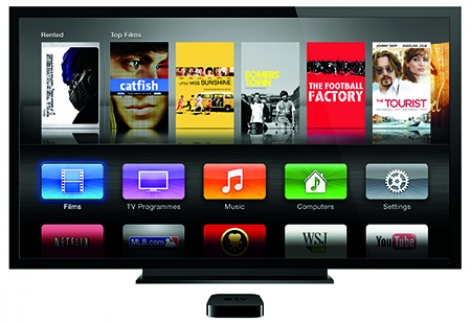 But right now it's all ifs, buts and maybes. People might report on the latest rumours and try valiantly to read between the lines, but such all-encompassing entertainment systems won't launch until all the dots are joined up.

In this case, these involve convincing vast, unyielding, unwieldy old media giants to buy into the idea, while also making devices cheap enough for us to want to replace our existing kit.

Whoever manages to make this nightmarishly complicated scenario work internationally deserves to win, frankly. Until then, let's continue to endure this fractured no-man's land and wonder how it's all going to pan out.