Opinion: Will Samsung's Game Pad be its unconsole play, or another piece of cheap plastic? 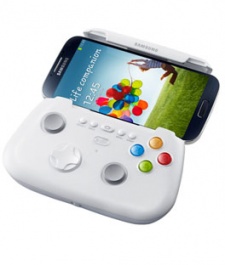 And as well as various covers, headphones, scales (scales!), was the prosaically named Samsung Game Pad.

Demonstrating what I've been calling the rise of the unconsole - combinations of hardware and software designed to be console replacements - it's an interesting move, if only because of the clear potential for a company that as well as making phones and tablets, makes smart TVs and is getting heavily into content services.

Still, as a piece of plastic, the Bluetooth controller itself isn't much.

Inspired by the standard Xbox pad, it will work with Galaxy S 3 and S4 devices, which can be mechanically connected together using an extensible grip. 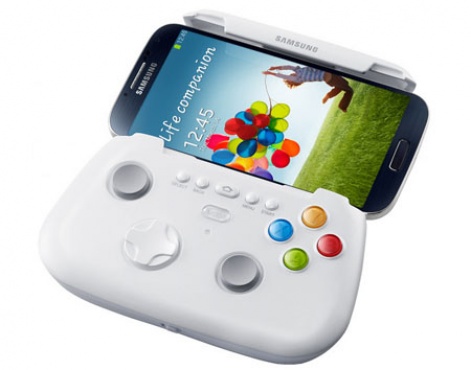 This is very similar in approach to any number of standalone phone-oriented Bluetooth controllers from companies such as MOGA, Nyko and Hama.

Where things get more interesting is when you extend the on-device gaming experience to your TV.

Again, there are lots of emerging industry standards for doing this, with the Mobile High-Definition Link (MHL) being the most obvious. It's a standard when supported in phones and TVs just requires a cable between then, running 1080p content without lag.

The MHL 2.0 specification used in the Galaxy S4 will even charge your phone while you're playing.

Of course, having the technical ability to run phone games on your TV has been around for years.

What will be significant is how heavily Samsung will push the feature, especially given the billions it spends on marketing every year.

With Google and Apple still on the sidelines in the unconsole and TV market, it's been left to companies such as Green Throttle (shown below) and GameStick to create and excite an audience to the possibilities. 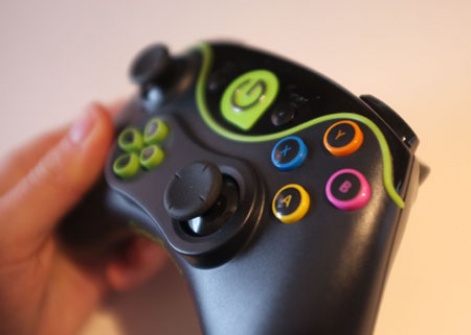 Whether Samsung joins the rush with enthusiasm, remains to be seen. But the early signs are promising.

At the Galaxy S4 launch event, it was rumoured it would have up to 80 games supporting Game Pad when it launches in May, although these optimised titles might only be available via its Samsung Apps store (not Google Play).

Samsung's very keen to push game developers to the store, as demonstrated by its new 100% Indie initiative with Chillingo.

Combined with cheap pricing for Game Pad - it could easily give it away when you buy a smart TV - Samsung still has the opportunity to beat Apple and Google to the punch.