You can be successful without breaking the rules 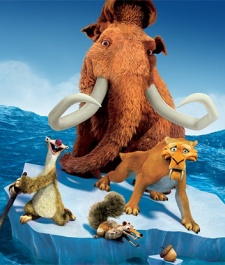 September 26th, 2013 - 02:25pm
By Jon Jordan, Contributing Editor
Unfortunately, the UK Office of Fair Trading hasn't released the list of 38 free-to-play games it analysed as part of its investigation into children's online games.

But looking at its general conclusions, we'd expect there were plenty of titles involving horses, fairies, pirates and puppies.

The OFT concluded that 'most' of the 38 games - developed by companies in the UK, European and globally - breached UK consumer protection law as it applies to children in one or more respects.

For that reason, the OFT has released a set of proposed principles that will explain to developers how they can compile with UK law; typically these are subtle rewordings.

For example, games for children [and it could be argued adults too] need to give equal prominence to spending in-game currency and other available options.

"This plant takes 30 minutes to grow. Finish now by using a seed or wait" is fine, but "Use a seed to finish growing this plant now" is not.

It's well worth reading these proposed principles - check them out here.

Of course, a few developers are already careful in terms of warning consumers about in-app purchases.

As part of our ongoing Monetizer series, IAP warnings is something we log; we've noted 3 such warnings in the more than 50 games we've analysed to-date.

For example, when you boot up Supercell's Hay Day for the first time, you see a warning message that the game uses IAP and how to switch them off.

Of course, Hay Day does have a very sophisticated IAP economy, so the OFT might have other issues with it, but at least Supercell demonstrates you can be upfront about IAP and still be very successful. 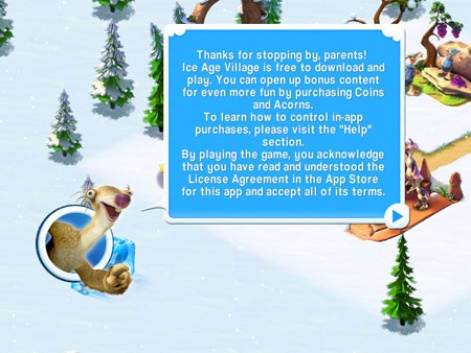 It's a similar story in Gameloft's Ice Age Village which also has a warning splash screen, albeit one that pops up after you've finished the tutorial.

It has a warning splash screen when you boot up, and then when you go to the store to buy an item, you have to go through three separate confirmation taps. 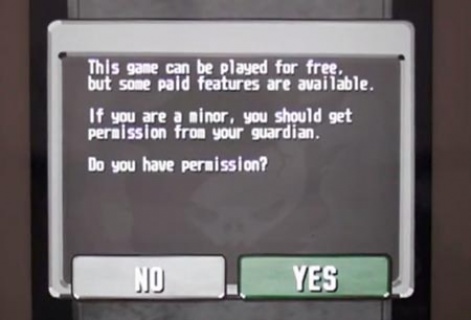 You can check out the opening splash screen at 1:21 and the store warnings at 9:49 in the video below.