Monetizer: EA and King had the perfect October, but Rovio and Disney need to do better 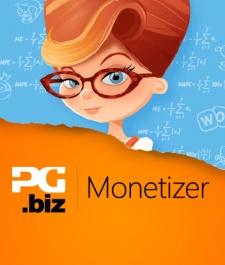 Data is great but analysis trumps it every time.

At least, that's my thinking as I look at the top 10 charts for the top downloads and revenue ranked game publishers that App Annie has estimated for October 2013.

In terms of the headline numbers, little has changed from September.

Time Warner has broken into the top 10 iOS download chart (thanks to Batman: Arkham Origins), while the success of Deer Hunter 2014 has boosted Glu's status on iOS and Android.

Otherwise the downloads are dominated by big publishers such as EA, Gameloft, King, Disney etc.

When it comes to top grossing, it's a similar situation. Just replace the names with GungHo Online, Supercell and King.

Perhaps we can do better with some downright dirty ranking analysis, however.

What I've done is very simple. I've listed all the companies who ranked in either or both of App Annie's top 10 lists for game downloads on iOS or Google Play in October 2013.

We can then cross-reference this list with those companies who are ranked in either or both the iOS or Google Play top 10 top grossing list.

In this way, we can create three buckets.

There's the list of publishers who rank in the top download and the top grossing chart. Because they rank in both charts, we can define them as the companies who are monetising their game portfolios at the market average rate.

Meanwhile those only appearing in the top grossing top 10 charts are clearly monetising at a higher than average rate.

(Of course, technically it take a couple of months for a F2P game to get up to speed in terms of monetisation but I said this was a dirty process.)

Average monetising companies
(Listed in order of highest to lowest)

What's also significant to see from this basic analysis is how the world of mobile gaming is becoming much more mature in terms of cross-platform success.

In October, seven companies ranked in the top 10 for downloads on both iOS and Google Play.

This demonstrates the power of big brands to drive downloads.

Yet, of these companies, only EA and King also ranked in the top grossing top 10 for both iOS and Google Play.

This then demonstrates the limitations of brands to drive revenue in the free-to-play world, something that's particularly important for Disney and Rovio, which have massive brands, but which are yet to demonstrate longterm success with true free-to-play games.

Also, interestingly, when it comes to the other companies who rank in the top grossing top 10 for both iOS and Google Play, all of them are headquartered in Asia and none feature in the top 10 download charts for either platform.

You can check out App Annie's data here.