And where the company's going next 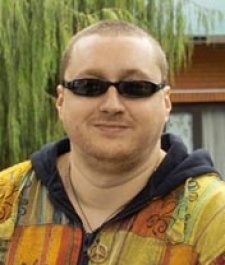 June 1st, 2010 - 05:44pm
By Jon Jordan, Contributing Editor
Bursting on the iPhone scene with its pinball series, Russian developer Gameprom has since expanded its games onto Mac and iPad.

Now it's looking to branch other further onto new platforms and with new games too. We caught up with CEO Philipp Pogosov to find out more.

Philipp Pogosov: Our company has been making videogames since 2004, but we only become famous globally when we started working on iPhone games in 2008.

Before that we had released about 20 titles, which were well known in the Russian market, mostly for J2ME mobile phones, although our portfolio also contains some peculiar projects, e.g. games for the Amino set top box.

Why did you start making pinball games?

The pinball genre was chosen spontaneously. We just wanted to develop a good pinball game for ourselves. We concentrated on the realism and fast 3D graphics from the start and it turned out great - as far as we are concerned. That's how Wild West Pinball was born.

The reviews were positive, the sales were good, and the free version has been downloaded several million times, reaching #1 in the US free games chart.

So we realised we'd found our niche and continued, to-date releasing three pinball games for iPhone: Wild West Pinball, The Deep Pinball and Jungle Style Pinball. All three have been updated numerous times because we always listen and quickly react to user feedback.

At the same time we released Pinball for Mac. It's an improved version of the three iPhone pinball tables collected together in one application. Everything was upgraded - graphics engine, sound, mission system. Another interesting feature of this game is remote control. You can turn your iPhone into a remote control for Mac Pinball and play while sitting comfortably on your couch.

Now we are moving to iPad and our main success Pinball HD is basically an abridged version of Pinball for Mac, which is an intermediate level between iPhone and Mac versions. On its launch day, it went to #1 in US paid apps charts, which was totally unexpected.

Why did you think pinball games would work well on iPhone?

The iPhone and iPhone 3GS in particular have everything required for a good pocket pinball: touchscreen for intuitive controls, accelerometer for tilting the table, OpenGL 2.0 for fast 3D graphics. So, why not?

What is the hardest thing to get right with pinball games on iDevices?

Pinball game are unimaginable without realistic physics. I can't say it was the hardest part of our development, but it definitely was the most important.

How did you decide on the themes, and which have been most popular?

We've created three themes: wild west, underwater and tropical island. It's hard to tell why we chose these: it was just of the top of our heads.

According to the user feedback The Deep theme is the most popular, maybe because its difficulty level is in-between the simple Wild West and the hardcore Jungle Style. I personally prefer the tropics, possibly because I and one of our offices are in Thailand on a tropical island just like that one.

How do you think the App Store has changed over the years?

The main thing I would like to point out is the number of applications is growing and the competition is becoming tougher. There have also been some nice changes such as the introduction of the top grossing chart and more substantial ad banners in iTunes.

Regarding the iPad, at the moment it's obviously being positioned as a working tool first, in contrast to the iPhone, which was and still is a games device first and a phone second. That's why we're seeing so many productivity apps in the iPad charts.

As for iPad games, the current tendency to release practically the same iPhone game, only with HD added to the icon and a couple of dollars added to the price is alien to us. You've got to understand most iPad users own an iPhone as well, so the applications have to be different in major ways, otherwise the user will feel cheated.

The ability to fiddle with the price tag of your application at any moment is without a doubt a unique feature of the App Store, but you should beware of abusing it.

Lowering the price of a paid application to zero has turned out to be very productive. As I've said before, when free, Wild West was downloaded millions of times. Actually, it was our lab rat in terms of pricing. In the end however, we have settled on a simple scheme: low prices, high sales. We stick to it.

As for in-app purchases, they are a very powerful tool, but you can't put them into every application. The project should be developed with IAP as an integral element from the start.

What sort of geographical spread to do you see with pinball games?

Will you be releasing your games on other touchscreen and tablet devices?

More generally, what's next for Gameprom?

We will definitely continue our line of pinball projects, but we're also carefully expanding into other genres. You can see a concept of our new project below. 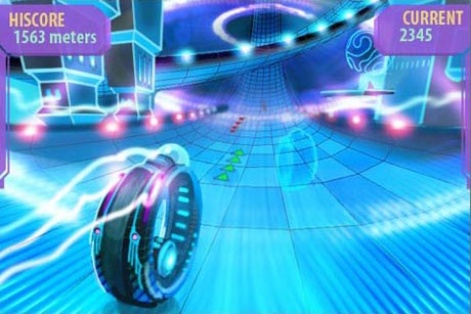 Thanks to Philipp for his time.

You can keep up-to-date with Gameprom via its blog.