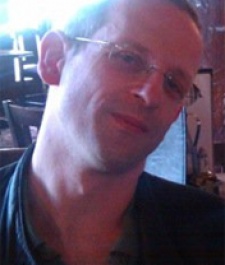 March 1st, 2012 - 09:07am
By Keith Andrew
While Apple's primary concern with iPad 3 may be satisfying the needs of its consumer base, the company also has in its hands the fate of thousands of developers around the globe.

Raise the specs of iOS hardware too high, and there's a good chance the indie scene that has blossomed on the platform will melt away, replaced by the traditional publishing model held in place on console and PC for decades.

According to Hiive co-founder Andrew Rollings, iPad 3 is likely to take iOS one step closer to a console-like existence  something consumers may be eager to embrace, but a move that will leave many developers out in the cold.

We tracked Andrew down to ask what he thinks iPad 3 will do for indies the world over.

Andrew Rollings: Interesting question. I suppose that the thing I'm hoping for most is flawless backwards compatibility. It makes my life much easier.

The one that Apple will likely never include: replaceable batteries.

I think that, to 99.9 percent of developers, this will not matter. As for whether it will make a difference to the consumer, no.

It'll be fast and shiny enough for them. I don't know whether it will have any impact on battery life, but that may be a factor in Apple's decision.

The iPad itself doesn't really have any competition. It's a very slick piece of kit.

Most people who want an iPad are not the kind of people that want an Android tablet. I'm going to go out on a limb here and say that they are two different - and very polarised - markets.

I know that I bought myself an Android tablet recently to have a play around with. I found it to be clunky and confusing. They've got a lot of work to do on the user experience. Maybe Ice Cream Sandwich will improve on this? I don't know.

Also, what's with the stupid code names? Techies such as myself might be okay with this, but it may be a little too 'out there' for the general public.

Hmm. Good question. I believe that it will increase the production costs for a game and price indie developers out of the market.

The only thing holding this back is the lack of a dedicated inbuilt game controller. If we had one of those, the App Store would become a high-budget low-risk FPS crap-fest before you could blink.
Thanks to Andrew for his time.

You can find out more about Hiive on the studio's website.