Because We May initiative is a celebration of flexible game pricing, says 2D Boy's Ron Carmel 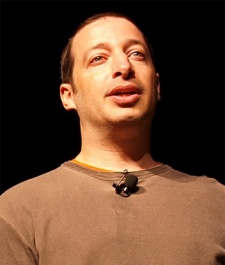 May 21st, 2012 - 11:15am
By Keith Andrew
Price cuts are nothing new when it comes to retail, but the advantage of digital marketplaces is that it's not the retailer or the publisher that decides RRP.

And it's this flexibility that new indie initiative Because We May hopes to make the most of.

It's designed to allow developers to work together to set price points and shift them around to drive traffic and interest in the games on the site.

Running from 24 May to 1 June - across iOS and Android from a mobile perspective - on board are scores of notable indie games, from World of Goo and iBlast Moki 2 to Edge and Canabalt.

We caught up with concept creator and 2D Boy co-founder Ron Carmel for his take on why it pays to play with pricing.

Pocket Gamer: The concept behind Because We May appears different to lots of other app sales and price promos. Would it be fair to describe it as a celebration of the flexibility digital marketplaces offer?

There are two reasons pricing flexibility is important. First, it gives developers one more tool in promoting their games, relying less on the distribution channel for promotion.

Second, it allows developers to play with the pricing in order to achieve their goals, be they maximising revenue, reaching the largest number of players, establishing an image of a premium product, or just to experiment.

Small developers rely on their ability to promote their games for a living. It's not about squeezing an extra penny out of each player, it's about making a sustainable living doing what we love, without interference from the distribution channels.

Who came up with the idea?

The idea came to me one morning while having a really annoying back and forth negotiation with a distributor that wanted full control over pricing.

I fired off an email to a bunch of developers almost immediately and got the ball rolling, not really knowing how much work it would end up being.

The launch date is not meaningful - we just gave ourselves enough time to put everything together, and then Andy Moore - creator of SteamBirds - came up with the clever name to tie it to the launch date.

How difficult was it getting the games on board?

Not difficult at all. It's a tight community - indie game development - and people are super supportive of each other. Many of us work alone, and things like this are a fun way to come together.

It's nice to have an excuse to work with people you like.

What impact do you think digital marketplaces like the App Store are having on the sale of physical games?

I think we all agree that retail game sales are becoming obsolete.

They will still be a major source of revenue for a few years, but it's a question of when, not if, they will become insignificant.

What are you hoping to achieve with Because We May?

This promotion is not about making money - the purpose is to raise awareness about the importance of letting developers set their own pricing.

It's a strange beast, this promotion, in that it's a consumer-facing event, but it's meant to speak to distribution channel owners.

Of course, I would love to be able to show that it generated a ton of additional revenue, because it would support the message that this is an important tool for developers, and distribution channels benefit from it as well.

I hope to collect some data and do a write up after the promotion is over.
Thanks to Ron for his time.

You can find out more about Because We May on its website.