The Missing Ink coming to PC, Mac, iOS, and Android 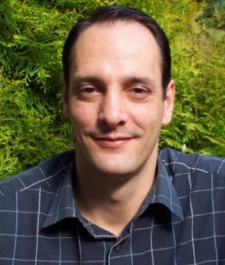 July 3rd, 2012 - 09:17am
By James Nouch, Staff Writer
Based in the seaside town of Brighton, RedBedlam is a British independent developer that's been making games since 2001.

In that time, the studio's built historical virtual worlds on the PC, been an early adopter of the freemium business model, and developed its own MMO middleware.

Now, RedBedlam is hard at work on The Missing Ink, a cross-platform MMO for PC, Mac, iOS, and Android which was recently selected for the Develop in Brighton 2012 Indie Showcase.

We caught up with the company's marketing director Nick Witcher to find out about the game, his hopes for the Indie Showcase, and what the future holds for RedBedlam.

Pocket Gamer: Can you give us some background about RedBedlam and why you're now targeting mobile devices as well as PC?

Nick Witcher: RedBedlam was founded in 2001 and we built our own back-end network server technology for MMOs.

Our proof-of-concept MMO Roma Victor launched in 2005. We started developing games for third parties in 2007 and we also continue to develop our own games.

RedBedlam's ethos is to develop games that operate a single game world accessed via multiple platforms and devices. We're strong believers in the emergence of mobile gaming and believe it's going to be one of the most important platforms for the future.

Our back-end technology is client agnostic and is currently running with Flash, HTML 5, Unity 3D and other proprietary front-end clients.

What's the inspiration behind The Missing Ink?

We wanted to do something different in the MMO space and to develop an art style that would be instantly recognisable.

The team has always been interested in the classics as well as well-known myths and legends. So we wanted to build a game that alluded to the great stories of the past and would therefore not be genre specific, allowing us to add a multitude of different content from medieval to film noir to sci-fi.

With our development history we're also very keen on sandbox MMOs and integrating user-generated content. Recent games that have inspired us to this end include Minecraft and Little Big Planet.

Why do you think it will be popular?

First and foremost The Missing Ink is all about humour, which we think is refreshing for the genre. Most MMOs are guilty of taking themselves a little too seriously, we think.
The Missing Ink will have great appeal as one of the first MMOs to offer a single game world playable on PC, Mac, in the browser, and on tablets. What's more, the game is aimed at a wide demographic and we think it will attract both male and female gamers.

We've concentrated on making the game easy to play, so the GUI is very simple with easy to use controls.

Also, the game has viral capabilities built-in. Users have their own 3D virtual space to build anything they like, which they can then share with friends without them having to register a game account.

How difficult is it to develop this sort of cross-platform online game?

It's difficult for sure, but it helps that our back-end tech is extremely mature and works with any front-end client. RedBedlam has been using Unity 3D for a long time, we've built up a lot of experience and the specialist knowledge required to make a cross-platform game of this nature.

Probably the most important aspect is that we had cross-platform in mind right at the beginning of the design process, so we've not had to shoe-horn in a tablet solution to a PC game. We were thinking of the tablet platform from the beginning.
The Missing Ink will be on show at this year's Develop in Brighton conference, as part of the Indie Showcase. How useful is that kind of exposure?

We're really excited to be shortlisted for the Develop Indie Showcase and we would love to win a prize, but the exposure itself is a massive reward.

This kind of exposure is invaluable for a small indie like RedBedlam, since it's difficult to get noticed in a crowded market. Also there will be lots of journalists and potential publishing partners at Develop, so we hope we'll get some good press coverage and ultimately a publishing deal.

How will you bring The Missing Ink to market? Are you working with an external publisher?

We've been in negotiations with publishers for a while and we would like to work with a global publisher for The Missing Ink. It'd be particularly helpful for localisation and community management support, as we'd love to launch the game with several languages supported.

We're also aware it's currently a golden age for indies and self-publishing is an option for us. We're even looking at the potential to run a crowd funding campaign in the near future.

In massively multiplayer games  particularly ones with PVP elements  how do you ensure that in-app purchasing options don't break the game's balance?

They will be mostly convenience, aesthetic and personalisation items. We're acutely aware of balancing the game as a free-to-play MMO and we're lucky that we have a lot of content and different things players can spend their money on.

RedBedlam is also one of the most experienced virtual economics specialists having released our first freemium title in 2005.

I understand you're also working on a collaboration with crime-writer Christopher Brookmyre. What form will that take, and how did it come about?

I've been a fan of Christopher Brookmyre's work for well over a decade. It struck me one day whilst reading his novel Pandaemonium that all of Chris's books feature references to video games.

I decided to write Chris an email and he called me the next day. We met up a few times and came up with a concept for a trilogy of novels and FPS games.

The first novel, 'Bedlam,' will shortly be going to print and is expected to be on sale in January 2013. Here at RedBedlam, we're currently in the process of raising finance to build the first single-player FPS game in the Bedlam series.
Thanks to Nick for his time.

To find out more about RedBedlam, The Missing Ink, and the studio's range of development services, visit the RedBedlam website.