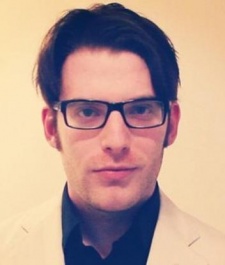 As well as working on its iOS debut, the team is planning to release a launch title for the forthcoming Android-based Ouya console. The firm also has high hopes that the IP it creates as a result will expand into comics, movies and more.

Naturally, then, CEO Xander Davis is more than a little optimistic about the studio's future.

We caught up with him to find out more about Astrogun's plans, its target audience, and the reasons behind its decision to throw its weight behind the already controversial Ouya.

Pocket Gamer: What projects are you currently working on?

Xander Davis: We are laser focused on our first unannounced title, which already has a fully working prototype built on the Unity engine and running on iPad and iPhone. Very likely, it'll make its way onto everything eventually.

That's the time we're in now - build once, deploy everywhere. It's a dream come true.

That's why we were able to quickly jump at the opportunity of the Ouya within hours of its announcement, and through the Founder Developer's special we secured  which offers us early SDKs and Ouya's publishing support and promotion for a full year  we can plan to release an Ouya launch title before the console even hits retail.

This is an incredibly exciting time to be a small developer with ambitious goals.

There's never been a time like this in the history of the video games, where we can make games at this level of fidelity on so many different platforms and have so many super-excited fans around the world ready and eager to dive right in and play.

That is the key to the next generation. I think it is firmly already here and is going to go exponential, soon.

Astrogun plans to develop its own IP, and then license it to other media companies. How do you hope that might work?

The real interesting thing from a creative perspective is how vast and rich the landscape is now. There's really no such thing as a game studio.

Nobody is just a comic book artist, or just a novelist - whether they know it or not. Not any more. We're in the business of developing intellectual property services and our main products that first express them, the ones we want to definitely hand-craft ourselves, are video games.

That's because we love video games with such passion, and it's what we know inside and out. They are ingrained in our childhoods, into our souls. But building universes, heroes, places  building worlds  that is what we do at our core at Astrogun.

We want to see those worlds grow beyond anything we initially could've imagined, in anything from digital comics to feature films. And we want to make sure the vision is maintained throughout, which is something seldom done right. That's a huge priority for us.

Some of these things we may do ourselves, some through partners we feel we can trust, and some in-between.

A simple partnership with CAA (Creative Artists Agency), for example, could lead to a massive multi-billion dollar media playground that puts a lot of talent to work with jobs and entertains and inspires countless fans to adventure through our super-charged universes. It all starts with an idea.

What sort of audience will Astrogun pursue with its debut releases?

The core gamer. There's a strong nexus between casual and core games too that we're thinking about a lot: deep and engaging games that strip out all the tedium.

As of right now, we are not interested in making 'Flash games' for phones and tablets, even though they can be really fun. That seems like it's just been done and done to death. It's less fun thinking that way, anyway.

Wouldn't it be great to come up with a game you could build and ship in a weekend? I've done it before, in the Ludum Dare challenge where I've built a complete game in 48-hours and shipped it on Kongregate.

But designing that way just feels a bit disposable. My brain just doesn't work that way. We're building worlds, built to last. We want you to go off on an adventure and explore.

What are your thoughts on the Ouya? After an initial wave of excitement, many commentators are now sceptical that the console will actually deliver on its promises, and some have suggested that parts of the project's Kickstarter page are misleading.

This is part of a bigger phenomenon happening. The Ouya is not "all part of the plan" as the Joker would say, so if the coming generation on the roadmap was supposed to be the 'eighth gen', I think the Ouya is 'ninth gen'.

It breaks the rules and skips to the inevitable conclusion of all of these tools and technology proliferating, democratising, and maturing in tandem with the cloud. That is, if generations truly can be counted linearly anymore, and I think that's over.

Physical media is over. Shipping a gold master is over. The iPhone and iPad update every year or two, not every ten years.

It's not too late for Microsoft and Sony to attempt to negate the entire existence of the Ouya by offering all of its accessibility and a lot of its flexibility and support to indie developers, but that would be forcing them to change, to really step it up and open their grip around their own platforms.

But look how rampantly exciting the iOS App Store is in comparison with XBLA.

It's just another build target, but we are over-the-moon excited at the idea to just make a game and send it directly to the living room ten foot experience...with a controller, for free!

Could Ouya be a device that ultimately expands the games market for everyone, then?

That is what Ouya is selling: the living room and the control to anyone. It opens up the types of games you can make, rescues us away from snacking gameplay design and back to the core.

But what I really want is Apple to just come out with that long-rumoured controller themselves, one that either uses AirPlay or has iOS built right inside it. It would be so cheap and boom: Apple has a living room console, which also works with your iPhone, iPad, Mac or Windows PC.

Valve's upcoming Steam Big Picture is another obvious Ouya-killer that has an enormous amount of potential, offering the same concept as any Apple controller, and Valve won't even have to make the controller.

It's less of a packaged experience too, which fragments things for developers. That's why if Valve simply made the Steam Box, nobody would need to work with Microsoft and Sony ever again.

It seems like every indie developer raves about Valve's support with their games on Steam, so it's already a far more attractive prospect. And who knows what will happen with the cloud and Sony's acquisition of Gaikai?

If Ouya counts for anything, it's that there is now a clearly established market need and desire to give video game development power to the people.

This is such a disruptive and exciting time, Astrogun wants to do everything it can to be ready for it as it happens, whether it will or not.

No one has a crystal ball anymore. Ouya came out of nowhere on a random Tuesday and within a week made $5 million dollars as the dizzying talk of the industry. We're just going to make sure we're as ready as possible for anything.

One of Ouya's key strengths is that it's hacker-friendly. Are you concerned about piracy on the platform?

As a developer, I want a console to design for so I know exactly what I'm making and exactly how it's going to perform. It cuts down the overhead of refining it post-launch too.

So fragmentation, exploits, and piracy are huge concerns with the Ouya. That may be why when Steam Big Picture launches, developers might flock to that and abandon Ouya as quickly as they rushed to it.

That being said, all of that openness may also be exactly what makes it a perpetually evolving, always-interesting living room gaming destination that any other console maker would be terrified to match.

Piracy is inevitable and it's also free advertising. We're a small shop, so it would really hurt our cash flow and threaten us, but in the long run, it may actually help increase the value of our brand, opening other, bigger doors.

Ouya titles have to offer some kind of free-to-play element, but what business model do you plan to use on other platforms?

Free to play is very appealing to us, because it removes that barrier to entry for players and actually has higher commercial potential.

That would help sustain our efforts as a smaller shop, while constantly refining and expanding the game at no additional up-front cost to players. That makes the game more valuable to players already involved with it and makes it more attractive to those players on the outside looking in.

We may start out with a more straightforward approach first, with a full priced game that has a free demo, but the beauty of post-physical-media game development is we can always shift gears and try new things.

Video games are no longer static, but adaptive and alive, so the business model should be as well. We plan on making our approach consistent across all devices and as integrated as possible.

Money raised aside, Ouya's install base is likely to be only be in the tens of thousands at launch. Will you be able to generate significant revenue from such a small userbase with the F2P model?

Ouya being part of a broader strategy, yes. Excitement.
Thanks to Xander for his time.