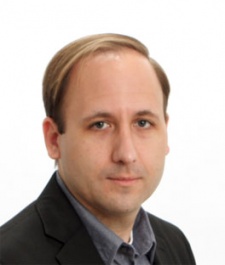 April 15th, 2013 - 08:02am
By Jon Jordan, Contributing Editor
Does the world of mobile game development need another middleware engine?

The success of Unity might suggest otherwise, and even if you don't want to use it, other options include Unreal, Shiva, Cocos2d-x, Marmalade, Corona...

Even Havok's in on the action with its Project Anarchy.

Josh Klint from US company Leadwerks isn't taking any of it, though.

"It's the first mobile engine to use industry standards tools," he explains.

"We're targeting C++ programmers at triple-A studios who want to take their experience directly into mobile.

"We're not interested in fighting over studios who want to use C#." 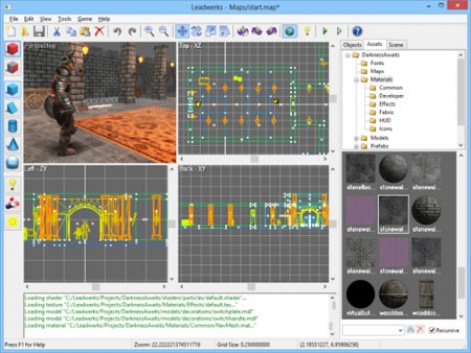 Klint's argument is that because mobile hardware is now more powerful than PC or console in terms of its processing power per area, the companies who are going to win in the future, need better tools.

Backwards to the future

One example of this focus to push mobile graphics as far as they can go was the GDC 2013 deferred rendering test using Leadwerks 3 (see video below).

"I thought it was going to run at a couple of frames a second on an iPad," Klint explains of the flexible technique that did much to transform the dynamic lighting in recent console games such as Battlefield 3.

"But after some optimisation, it was running at 60 frames per second."

The reason, he says, is that the graphics parts from companies like ARM (Mali) and Imagination Technologies (PowerVR) used tile-based rendering, which are more applicable to deferred rendering than PC graphics cards.

"I think triple-A graphics on mobile are just around the corner," Klint says.

"We can take graphics a look further, and Leadwerks is ready for that future."

You can find out more about Leadwerks 3 via its website.

The latest sudden change of direction comes in an announcement from Leadwerks (Joshua Klint)... just another in a long line of sudden, impulsive moves...


After making promises to a gullible public about Mobile being the future and Leadwerks 3 being
the mobile development platform of the future, we suddenly get this from Mr. Klint (from the forum)...

Here's what a few licensees who felt betrayed had to say...

"#19 tournamentdan Today, 12:34 AM
Developer 266 posts
Lies, lies, lies and more damn lies. You certainly have some of the worst business ethics I have ever come a crossed."

#23 Naughty Alien Today, 03:02 AM
Developer 680 posts
..this situation seems to be rather identical or very similar to crossroad between LE2.x Leadwerks 3.x, when existing user base asked for desktops(WIN/Linux/OSX) what was rejected in favors of mobiles..deja vu.."

Head over to the forums to get a first hand view of what people have to say...

I warned you all that something like this was prone to happen... no surprise here..

Reply
Mike Hense
i dunno if i'm supposed to buy into the spin i've read above, but fact is that the current release of Leadwerks (steam indie edition), which is the only version you can buy now, is LUA ONLY... NO c++...

and as far as the AAA graphics are concerned, the engine is only now approaching the quality of graphics that the previous version (Leadwerks 2) was capable of delivering... and that's with the impressive work of several shader coders who have licensed the engine...

the upcoming release of version (3.1) promises c++ coding and a deferred render (that made Leadwerks 2 the impressive graphics renderer it was), but one must wonder.... at what cost... how much will the current licensees have to fork up to "upgrade" (i just love that word)... i sure hope they'll get it at no additional cost...