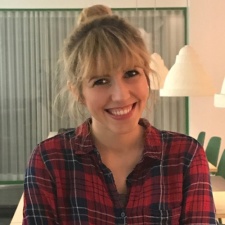 It’s been a dominant force on the app stores for years, rarely slipping out the top grossing slots throughout this period.

Still a flagship game for King, the publisher isn’t resting on its laurels, and keeping a game at the top for this long requires a live operations team supplying regular updates and in-game events.

King Producer Andra Petrosan leads the Candy Crush Saga live in-game events team in Stockholm, and is responsible for coordinating a team of artists and developers to create new and engaging events to keep players engaged.

Despite the pressure that comes with running a live event in one of the most popular and most played games of all time, Petrosan says the most challenging part is deciding on what to build next for players.

“There are so many amazing ideas to pick from,” she says.

One recent idea that came to life in Candy Crush Saga through a film partnership were the Emoji Levels, based on the subsequently critically panned Emoji Movie.

But how does the team design these in-game events, and what makes a good one?

“It’s all about getting the balance right between making events both challenging and fun,” says Petrosan .

It’s all about getting the balance right between making events both challenging and fun.

“Many of our players are seeking a challenge that will push them but we don’t want to make it too difficult that players simply switch off. We also need to be careful to stick to the core themes of Candy Crush Saga as that’s ultimately what our players love and come back for. “

Petrosan says these live in-game events player an important role in maintaining Candy Crush Saga’s success, as they offer players variety in the game, which she believes ultimately makes the game fun and engaging for the audience.

“Overall, we continue to execute on our four-pronged approach to create enduring franchises by adding new content, implementing live ops, and delivering extensions in our existing games, as well as offering players new sister or sequel titles,” she says.

One popular mantra in the mobile games industry is ‘failing fast’. The real meaning behind that motto is that in most instances, failure means trying something new, learning what works and what doesn’t, and improving your own or your team’s skills and knowledge for future updates or the next project.

Petrosan doesn’t put it as bluntly, but she says that even at King, the team is constantly testing and learning new things about its hundreds of millions of players from around the world and what type of content appeals to such a massive audience.

“That’s why our testing process is so important when we’re developing new content or a new feature because it gives us valuable feedback on how our players are reacting to them – both positively and negatively,” she explains.

“There have been features that we’ve implemented in the game that just haven’t worked for various reasons and so it’s important we understand why they are not working early so we can make the necessary adjustments.

“In terms of handling things differently, we tend to avoid thinking too much about the past and hypothesising on ‘what if’. We have regular retrospectives on how we work, what we tested and what we learned, and then we take those learnings with us to our next endeavours.”