...and other headlines you never think you'd write 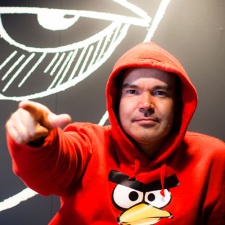 Space Nation is a program intent on finding regular civilians who have the aptitude to withstand space travel. They will be able to become astronauts should they pass a series of intense tests.

The first test is an app, due to be launched in 2017. The app will test users on their intelligence, social skills and physical ability to narrow down potential astronauts.

Those that are successful in the app will be invited to formal training. Should they make it through the training, the astronauts could be installed on the Axiom Space Station.

Actually sending the civilians into space is still some time away – the space station itself isn't expected to be finished until 2020.

Vesterbacka left Rovio in June 2016 to pursue a new start-up. He since joined educational games developer Lightneer as "brand breaker" and company evangelist.