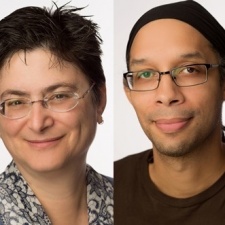 Hoffman meanwhile will manage, operate and continue to grow the studio as its new Chief Operating Officer. She’s previously worked at companies including Zynga, Gameloft, Amazon Game Studio and Turbine.

“Our studio has always focused on the hiring mantra of ‘value team skills as much as technical skills,’” said Big Huge Games CEO Tim Train.

“Judith and Steve are great examples of this philosophy – extremely skilled in their roles, but also great models for our core values. As we start work on the next generation of titles while sustaining the success of DomiNations, we could not be more excited about Judith and Steve joining our team, and we look forward to playing the new games they will be working on.”

Based in the US, Nexon-owned Big Huge Games has worked on titles such as Rise of Nations, Kingdoms of Amalur: Reckoning and DomiNations. The latter title has gone on to gross more than $100 million.