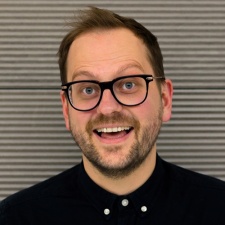 Luton will be tasked with handling the design and direction of mobile game Pocket Mortys, a spin-off of the popular TV show Rick and Morty.

As well as stints at Rovio’s Stockholm and London studios, Luton has held positions as assistant producer at SEGA and senior designer with TinyCo.

“I’ve known Dave and the team for something like eight years. We even once talked about merging Big Pixel Studios with my own studio,” said Luton.

“I’m super happy to be joining at this exciting time – Pocket Mortys has great growth potential and with the backing of Adult Swim, there’s a whole bunch exciting things the team can now do.”

The news swiftly follows Adult Swim’s acquisition of Big Pixel. Following the deal the studio will continue its work on Pocket Mortys, as well as develop brand new titles.

Adult Swim said the acquisition is part of the company’s planned increased investment in the games space.