And yes, Tetris is at the top 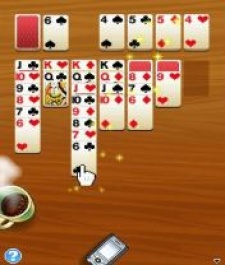 It's been fascinating to see what's happened to the N-Gage sales charts since the client app started shipping embedded on the new N96 handset.

But it's a real sign that people who aren't hardcore gamers are finding the N-Gage app on their handsets and buying games (or, possibly more accurately, redeeming their one free activation code that they get with the phone).

What does it mean for N-Gage though? Will this data push the platform in a more casual direction in 2009, and attract more publishers with these kinds of titles?

It's certainly something for Nokia to chew on over Christmas, but it certainly seems to prove the company's argument that embedding the client will help N-Gage to go mainstream.