It'll have gamers working up a sweat (or trying not to) 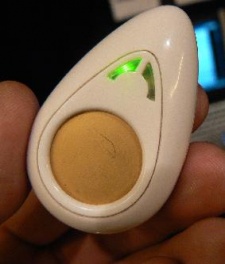 February 15th, 2009 - 11:26pm
By Stuart Dredge, Contributing Editor
Irish startup Vyro Games has been showing off its PIP mobile games controller tonight at ShowStoppers in Barcelona, on the eve of Mobile World Congress.

The Bluetooth device is clasped between a player's thumb and forefinger, and uses biometric sensors to measure how relaxed they are, and then turns this raw data into controls for games.

It's a little SDK that sits on your mobile phone and measures your skin conductors, explains VP of products Darragh Ballesty.

Sweat! We don't call it a sweatometer though  that wasn't quite as catchy as PIP. But it measures tiny changes in the moisture you produce, and uses that for a game controller.

Note: this doesn't mean if you're sweaty you're more nervous - it's measuring the changes in your moisture level relative to when you started. 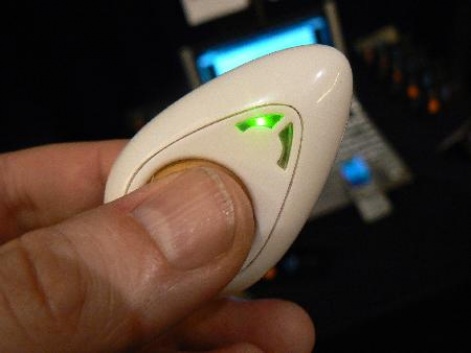 PIP stands for Personal Input Pod, if you're wondering. Vyro Games has developed and patented the technology behind it, while inventing a new game genre too  'competitive relaxation'.

Ballesty showed PocketGamer.biz an example  a two-player game where each player has a PIP, and uses it to control a dragon on-screen. The more relaxed (i.e. less sweaty) they are, the faster their dragon runs or flies.

We also have a lie detector game, and also one called Storm Chaser, where you start off with a stormy scene, and the goal is to relax the storm away, through five levels until you get a sunny day, he says. (pictured below) 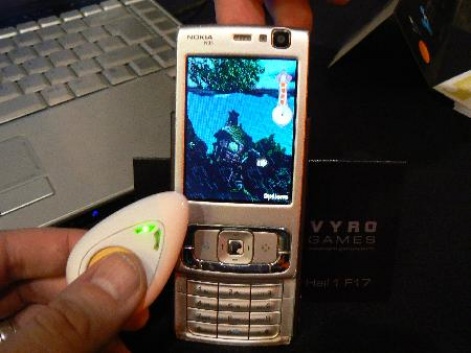 This example is a separate controller, but the technology could be in a console joypad or a phone. This is our first technology, but we have others in the pipeline which also use biometrics, and which use your emotions.

Vyro Games has been around since 2004, although it opened a US office last year, and according to Ballesty is just finalising a strategic partnership with a Japanese company too.

We're integrating the SDKs with different gaming engines that already exist, he says. We're also talking to toy manufacturers who are interested in taking the gaming engine, writing their own applications on top and using the hardware.

It seems there are plenty of other potential customers for the technology  Vyro is a B2B firm, so wants to supply the PIP on a white-label basis.

We're going in to see mobile operators who are looking at health and wellness, we're talking to sports psychologists who are interested in this technology, we see applications for golfers, and we're doing trials in the US for addiction  it could be used for smokers, says Ballesty. And of course we have casual games companies who are interested in deploying this as another interface.

The games are Java games, so there's a possibility of existing mobile games developers making games that work with the PIP  Ballesty is keen to hear from anyone with ideas.

As with any technology like this, it's hard to get a likely launch date or price  that will depend on the company's operator and/or manufacturing partners.

We are currently putting in place partnerships with people who can do the turnkey manufacture for us, he says. Our business is in the IP and the technology. We're a B2B company, athough who knows, in a year's time we might go B2C.