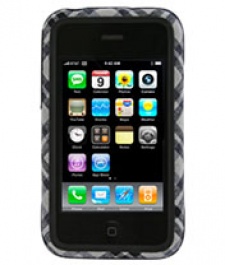 May 26th, 2009 - 12:23pm
By Stuart Dredge, Contributing Editor
This just in: for the majority of developers, the iPhone App Store isn't a goldmine! Who knew?

Okay, so with more than 36,000 apps available, it's no surprise that the majority aren't that popular. Success stories like Trism and iShoot have put dollar signs in many indie developers' eyes, but they're the exception rather than the rule.

More evidence is provided by developer Rick Strom in a strongly worded blog post titled The Incredible App Store Hype. In it, he reveals that his Spirit Board Pro is sitting pretty at number 95 in the paid boardgames chart on the App Store by selling... 6-8 downloads a day.

If the apps on the category charts are doing those sorts of numbers, what do you think the rest of them are doing? he writes. Nothing. Absolutely nothing. They aren't selling at all.

He goes on to compare the App Store to a lottery.

The app store isnt a sane marketplace at all, any more than the lottery is. When you submit an app, you are buying a ticket. Maybe you will be one of the few who makes a couple hundred grand in a hurry, but most likely you will be just another shlub tossing your blood, sweat and tears into the void where it will be ignored.

Is this Apple's fault, though? With so many games and apps available, it's arguably inevitable that many of them will struggle for sales.

That said, the introduction of new recommendation and discovery tools to the App Store may help more of these apps be served up to people who might like them, but wouldn't find them under the present state of affairs.

The kind of social location recommendations being used in Nokia's Ovi Store, which launched today, are one way to tackle the problem. Here's hoping Apple has some more up its sleeves.