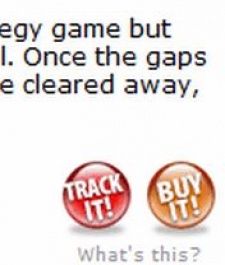 June 23rd, 2009 - 09:28am
By Stuart Dredge, Contributing Editor
One of the best things about the App Store is the ability to deeplink to every individual application from an external website.

It's fuelling developers' and publishers' marketing campaigns, and is also providing a new revenue stream for iPhone game reviews websites (Pocket Gamer included) through affiliate links, where the sites get a slice of purchases made by readers clicking through from a review.

This could be changing, though, according to the Associated Press (via Slide To Play) It says the US Federal Trade Commission is planning to regulate blogging, particularly when people don't disclose commercial compensation for their posts, or conflicts of interest.

This will include paid posts and advertorials, but according to the AP, will also cover affiliate links. It's unclear how the latter will be regulated though - sites may simply have to disclose that they're getting a cut from click-throughs.

Issues around blogging and ethics invariably provoke emotional debate. But if the crackdown on affiliate linking is too severe, it could have the unintended effect of making sites more dependent on advertising - bringing its own questions for their neutrality.

Reply
James Hills
I think this is a terrible idea ... and if implemented they will have to extend this to EVERY form of media ... imagine if reality shows had to disclose everything ... I am sure John and Kate paid for those "crooked houses" last night ...
Posted 10 years, 9 months ago