Puzzle Quest for iPhone to get OpenFeint community features 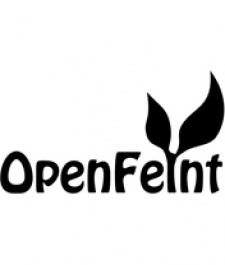 July 21st, 2009 - 05:31pm
By Stuart Dredge, Contributing Editor
TransGaming has announced plans to incorporate community features in its Puzzle Quest games for iPhone, as part of a deal to use Aurora Feint's OpenFeint platform.

Specifically, TransGaming is one of the first publishers to use Aurora Feint's new OpenFeint: Studio service, which is being officially unveiled at the Casual Connect conference in Seattle today.

It uses the connected features of the existing OpenFeint 2.0 platform, but is offered to publishers as a customisable and brandable tool, hosted by Aurora Feint in a "private cloud" for each client.

"TransGaming is excited to bring PuzzleQuest on iPhone into the OpenFeint communitym," says TransGaming CEO Vikas Gupta. "OpenFeint's private label service allows us to offer a branded user experience while gaining access to a large gaming community on the iPhone."

The new service effectively lets publishers hive off their own private OpenFeint communities, and may appeal more to firms from the console space who prefer to keep everything branded as their own. However, gamers will be able to use their existing OpenFeint identities between games using OpenFeint: Studio and the regular OpenFeint platform.

"Game development houses and publishers have a great incentive to work with OpenFeint over another studio or publisher they might otherwise compete with, says Aurora Feint executive chairman Peter Relan,

"Its a better structure for the booming iPhone games eco-system because OpenFeint is open, free and not controlled by any one studio or publisher like other platforms that have been announced recently. Plus, OpenFeint is available now, so there is no need to wait for futureware."

OpenFeint: Studio is available now, and free to use for publishers and developers. As with OpenFeint, Aurora Feint intends to make its money from cross-promotion affiliate fees.

In separate but related news, Aurora Feint has hired former HP and RealArcade exec Eros Resmini as VP of business development and marketing, charged with promoting the new service.