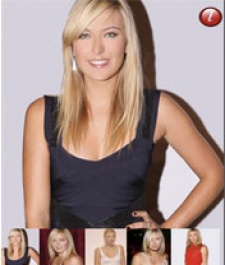 August 4th, 2009 - 01:05pm
By Spanner Spencer
For once, it seems Apple is removing content from the App Store that shouldn't actually be there, having banned one of the most prolific developers and removing 943 of his products from the iPhone.

Khalid Shaikh apparently employed 26 staff to publish a large number of applications on very specific subjects, with the content from these applications scraped from around the internet, regardless of copyright ownership of this content.

After multiple complaints, explaining to Shaikh that, "The persistent nature of such complaints has led us to conclude that you are entering into the representations and warranties in the iDP Agreement in bad faith by misrepresenting that you have all the necessary rights for your submissions," before deleting his catalogue all of $4.99 applications, which often contain nothing more than half a dozen photos of a particular celebrity, from the App Store.

Clearly this is no bad thing, though the obvious question is how this huge number of essentially useless and low quality applications made it through the notoriously strict submissions procedure.

The removal of these applications has also highlighted several other developers operating a similar tactic - selling hundreds (and in some cases thousands) of poor quality, keyword saturated applications for quick and dirty profit.