Greystripe lashes out at AdMob over mediation company acquisition

'A conflict of interests', says CEO 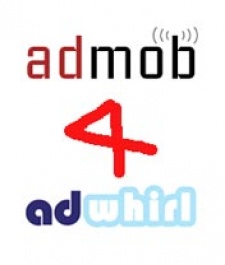 That's a lot of ads, which is pretty much the problem as seen by Greystripe CEO Michael Chang, who says "A mediation company needs to be a separate entity to do its job of unbiased optimising of a number of ad networks. The concerns [around this deal] are most certainly justified."

The purpose behind AdWhirl was to allow publishers and game developers to choose from a selection of and providers at will, which sparked controversy when the mediation firm was acquired by one of the providers.

From the outset AdMob has insisted that the system will remain completely open and transparent, and its competition's rates will be kept confident even from its sell.

Chang's reactions seem quite indicative of AdWhirl's provider base, however, so it remains to be seen how many will continue to support the platform now that it's owned by a rival.