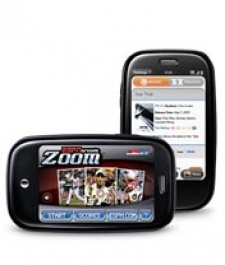 January 4th, 2010 - 06:22pm
By Jon Jordan, Contributing Editor
With the Palm Pre finally out in Europe (well, the UK, Ireland, Spain and Germany), and the launch of the webOS store in the US, Palm is now encouraging more developers to start thinking about submitting apps and games for the device.

For the record, Palm says that in the two months since the US store has been open, over 600 paid apps have gone live.

And with this in mind, it's announced that the European e-commerce program will go live during March 2010.

Details of the information you have to provide to get your app accepted - for already registered PalmOS developers - is detailed on the Palm developers' blog.