Firm expects to demo model to expand in 2010 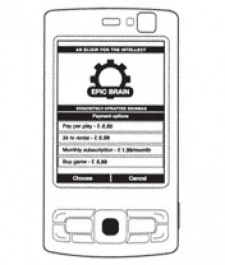 February 4th, 2010 - 04:14pm
By Keith Andrew
The notion of 'try before you buy' is fast becoming the accepted model when it comes to selling games, but mobile retail specialist Accumulate believes its Flexion service offers an even greater advantage to consumers.

Flexion is designed to streamline the demo process, allowing operators and manufacturers to pre-load full versions of Java and Android apps onto handsets rather than specially developed trials.

According to the firm, its set-up offers distinct advantages over alternative free trial systems - both in terms of its ease of application and the revenue it can generate.

"We guarantee that any operator or device manufacturer will see a surge in content revenues by enabling preloaded games with Flexion," Accumulate MD Jens Lauritzson says.

"It is simply not a viable option to pre-load content without this kind of technology anymore and we can show how much more revenue a Flexion pre-load programme can generate."

The "technology" Lauritzson alludes to includes Flexion's ability to assimilate payment options directly into the app itself. Those signed up are able to determine just what consumers can play for free, and for how long, without having to manually carve up the original title.

"Our experience shows that if four or five games are preloaded on a device, at least one will be purchased within 12 months," Lauritzson continues.

"Not only that, but Flexion will also promote additional content, effectively turning the pre-loaded game into a fully functioning shop. It is all about on-device retailing and making it easy for the customer to find and buy content."

Describing its combined approach as "wrapping", Lauritzson believes Accumulate will expand Flexion's pre-loading operator coverage across the course of 2010.

O2, 3, and Sony Ericsson are already on board, with further announcements expected during Mobile World Congress later this month.