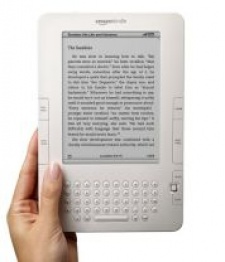 February 12th, 2010 - 05:31pm
By Keith Andrew
Amazon's fight to secure its e-book business in the wake of Apple's iPad announcement would appear to be hotting up, with reports suggesting the retailing giant could be considering giving away free Kindle readers to consumers who sign up to its Amazon Prime service.

It's a claim made by TechCrunch blogger Michael Arrington, the idea being to increase Kindle's userbase before the iPad  which will come with its own iBooks app  has a chance to muscle in on its business.

Arrington states a reliable source has informed the site that the Amazon Prime giveaway is a follow-up to an earlier deal which saw Amazon hand out Kindle readers to certain consumers.

Users initially had to pay for their unit but were able to receive a full refund and keep the hardware if they weren't satisfied.

Amazon Prime  a subscription based service that gives those who sign up free shipping options for $79/£49 a year  has reportedly been chosen as the delivery platform because it represents the retailer's most loyal customers.

"They are... likely to buy multiple books per month on their Kindle devices," Arrington says.

"If those users buy enough books, and Amazon gets the production costs of the Kindle down enough, Amazon can get Kindles into millions of peoples hands without losing their shirt."

The e-books market is becoming an increasingly important sector for Amazon, the company having previously revealed that it sells six e-books for every 10 physical books.

However, the worry is that potential consumers will shun the black and white Kindle in favour of the multi-functional iPad and its full-colour iBookstore, hence the move to give out free devices and then make the money back through book sales.