One million sales in 10 days 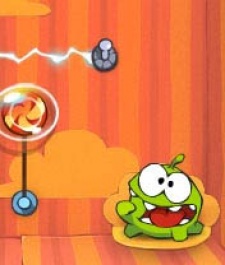 October 14th, 2010 - 02:02pm
By Keith Andrew
Even the merest minutes of play of Cut the Rope was enough to suggest it was going to sell well, though topping one million units in ten days is impressive by anyone's standards.

Publisher Chillingo states that such a milestone makes the game the fastest selling on the App Store to date, with Cut the Rope currently topping App Store charts in the US, France, Germany, Italy, Netherlands, Sweden and Finland.

Eating up the sales"Cut the Rope's popularity has skyrocketed throughout recent days as fans eagerly share with others how addictive and fun the gameplay is on iOS devices," said Chillingo director Chris Byatte.

"We are thrilled to see Om Noms fame spread across the world and are collaborating with developer, ZeptoLab to bring fresh new updates, which will be revealed soon."

It's not known whether the figure refers to iPhone sales only or combines its tally with iPad downloads.

With ZeptoLab currently working on updates for the title, it will be interesting to see if the studio follows label mate Rovio's lead and employs in app purchases in the same mold as Mighty Eagle.