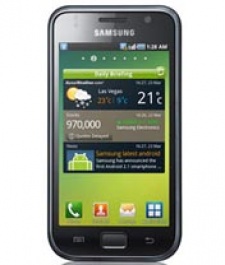 January 13th, 2011 - 10:35am
By Richard Brown
Not content with pulling off one of those rare feats in the world of consumer electronics by actually delivering on a bullish promise, Samsung plans to eclipse its 10 million Galaxy S sales in a big, big way in 2011.

Speaking to The Korea Times, Shin Jong-kyun, the head of Samsungs mobile division, expects his company to shift over 60 million smartphones this calendar year, kickstarted by the latest member of the Galaxy family.

Samsungs Android-powered Infuse 4G was introduced at last weeks CES in Las Vegas, featuring the debuting Super AMOLED Plus technology on a 4.5 inch screen wrapped in an ultra-slim package.

Since the mobile giants range of Galaxy S handsets has proven such a phenomenal hit for the Korean manufacturer  accounting for half of all its 20 million smartphone shipments last year  an official successor to the base model was always likely part of the roadmap.

And to that end Shin announced that a new iteration of the Samsung Galaxy S phone will be unveiled at next months Mobile World Congress (MWC) in Barcelona.

According to the head of Samsungs mobile division, the much-anticipated device will sport the same Super AMOLED Plus display as the Infuse 4G, but will crucially run a dual-core processor and Android 2.3, a.k.a. Gingerbread.

To help achieve its lofty target of 60 million smartphone sales over the coming 12 months, Samsung can, of course, also count on the impressive figures notched up by its own bada wave of mobiles and the nascent Windows Phone 7 platform it supports.

Meawnhile, Samsungs Galaxy Tab, perceived by many as the only serious rival to Apples iPad in the tablet sphere, will unsurprisingly be updated in 2011, with further details guaranteed at MWC.