How to mop up a dying ecosystem 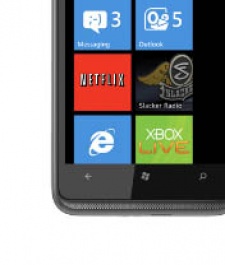 August 23rd, 2011 - 04:59pm
By Keith Andrew
Microsoft appears to be taking the prediction that the smartphone industry will merge into three major players quite literally.

In response to HP's decision to pull out of webOS hardware, Windows Phone director Brandon Watson has made a plea for developers working on the platform to jump ship to Microsoft's OS.

In a candid tweet, Watson said Microsoft would be willing to offer studios all the support they need to adopt Windows Phone, providing their app had made it onto HP's App Catalog.

"To any published webOS devs: we'll give you what you need to be successful on Windows Phone," Watson began, "Including free phones, dev tools, and training, etc."

It's a smart move, if only because enthusiasm for webOS amongst developers was high, even amongst those who hadn't yet made the leap.

Indeed, Watson reports more than 1,300 developers have already been in contact, interested in the support on offer.

Analysts have long maintained the industry is unlikely to be able to support three major smartphone platforms in the long term.

Both iOS and Android are already large enough to have secured their futures, leaving the third spot  likely to be a two-way tussle between BlackBerry and Windows Phone  firmly up for grabs.