Support for N9 also in the mix 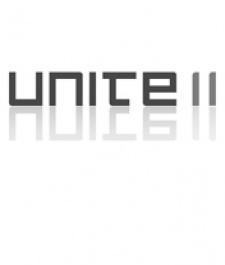 September 29th, 2011 - 02:41pm
By Keith Andrew
Aside from detailing the forthcoming Unity 3.5 update, the firm used its Unite 11 conference in San Francisco to lift the lid on a number of new ventures  including a new base in Canada.

The new office has actually come about as a result of the acquisition of animation technology startup Mécanim, now known as Unity Canada.

"Integrating what we believe will be the future of computer animation into Unity is exhilarating, and I look forward to showing it to our users. We're confident they'll be blown away."

The move follows the opening of offices in Tokyo, Stockholm and Brighton, as the firm looks to expand its global footprint.

But, as well as logistical news, Unity also took time to push its role in the development for 'mobile AAA' release Bladeslinger.

Developed by Luma Arcade  known for Racer on Android and The Harvest on Windows Phone  the game is being pitched as "one of the most technically advanced games ever to target mobile devices".

"The Bladeslinger story has been a pet passion project of our studio for a long time now," added Luma Arcade general manager Sam Williams.

"It's such a detailed, rich universe with lots of action packed sequences that we always imagined we'd need to build it for PC or consoles, but with Unity, we were able to bring the project to life targeting cutting edge smartphones and tablets without compromising our vision for the game."
Bladeslinger is a particularly good poster child for Unity, given the game is serving as the flagship title signed up to Union - Unity's business unit dedicated to distributing high quality 3D games across multiple platforms.

One platform Unity is also keen to signal its support for is MeeGo, albeit through Nokia's recently released N9.

Despite the fact the OS is now in full retreat, the company plans to use Union to bring "several titles" to the handset through the Ovi Store.

"Today, we are glad to announce that we will bring Unity-authored titles to Nokias N9 device," said Unity Technologies CEO David Helgason.

"The N9 is an awesome entry into a very competitive market and were looking forward to providing Nokia with some of the best titles that Unity developers have created."

More info on Unite 11 can be found here.