Due to launch 6 December 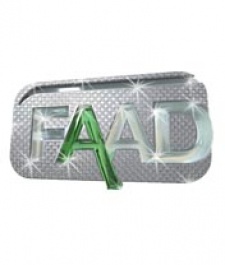 November 29th, 2011 - 06:28pm
By Jon Jordan, Contributing Editor
Officially announced back in July, it's now been confirmed that FreeAppADay will be adding more social elements into its community with the release of a standalone iOS app on 6 December.

Powered by FunMobilitys FunChat mobile engagement platform, it will enable the more than 5 million FAAD users to interact directly with each other via text.

Other features include the addition of achievement badges, app showcases with screenshots and videos, and the ability to earn FAADGold virtual currency, which can be used for avatar customisation.

In this way, FreeAppADay hope to increase user retention and open up additional revenue streams.

It's good to chat

"FunMobility is pioneering the gamification of mobile communications and it was our first choice for this project," said Joe Bayen, CEO and co-founder of FAAD.

"Our new FunChat-powered app will allow our users to play, chat, and discover great apps with each other like never before."

And in conjunction with the app's launch, FAAD promises that one of 2011's most popular iOS paid games will be going free to promote its arrival.