Currently only available for US iTunes accounts 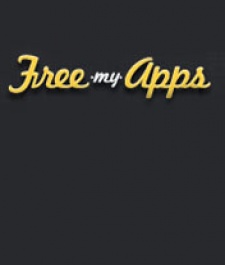 December 13th, 2011 - 02:01pm
By Jon Jordan, Contributing Editor
While the industry's switch to freemium apps as resulted in massive competition in terms of acquiring users, it's obviously also impacted on the likelihood of people downloading paid games.

US user acquisition outfit Fiksu is out to wrap up these two trends into a new business with the launch of its consumer-focused FreeMyApps service.

Launching via its website - you need to be running Safari on an iOS to access it - the first time you use it, you're asked to download a small piece of code so the service can track what you download and how you use those apps.

Then it's simply a case of downloading any or all of the offered sponsor apps. 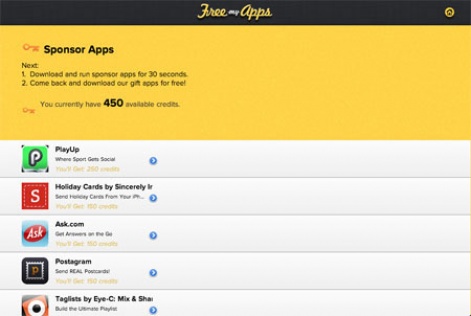 These are all free apps that you have to install and run for at least 30 seconds. For this, you're rewarded with credits. For example, downloading the PlayUp social sports app gets you 250 credits, while downloading Klip will get you 150 credits.

Obviously, the point of getting credits is that you can spend them downloading games that would otherwise require your cash. 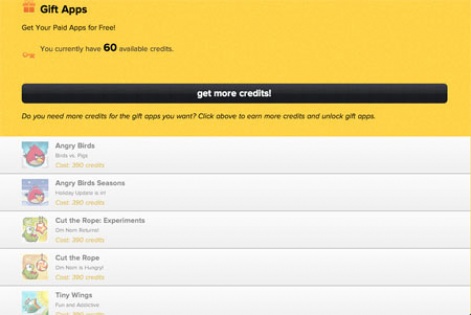 In terms of the service's initial launch, there were 2,450 credits available to be downloaded via 12 apps. You can only 'buy' games that are offered within the website, not randomly choose whatever you want from the App Store.

The check out system works using a gift code which is automatically inserted into your iTunes redeem box, but, at this time, it's limited to US iTunes accounts only.

It's expected it will be rolled out to different countries, as well as Android during 2012.

All about the user

The service is built on the back of Fiksu's expertise in user acquisition, which enables advertisers to target users they want to download their apps, as well as providing publishers and developers with opportunities to monetise their audiences.

"FreeMyApps was incubated in Fiksu Research Labs because our clients and the app development community have been searching for a viable alternative for marketing their paid apps," said Micah Adler, Fiksu's CEO.

Its launch follows a similar move from monetisation outfit Tapjoy, although its service is slightly different as it hooks into the in-game currency of freemium games you're already playing in order to create the incentive to download sponsors' free apps.

You can find out more via the FreeMyApps website.