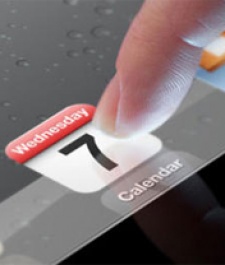 The note, sent to OLED-Display.net by an anonymous user, predicts the release of a third generation iPad in Q1, with a smaller variant temporarily referred to as iPad mini following on two quarters later.

Analyst JungHoon Chang is cited in the note, claiming Sharp had been "trying to produce" IGZO (indium, gallium, zinc) LCD displays in time for the launch of iPad 3, but may well have missed the boat.

Future iPad models it's claimed, however, may well sport 'flexible panels' from the likes of Samsung, if the Korean giant can increase yields of its flexible AMOLED displays.

The news comes following Samsung's decision to spin-off its display business entirely, following concerns the competitive nature of its smartphone and tablet operations could result in it losing out on lucrative deals with its rivals.

The leaked report is available in PDF form on OLED-Display.net's website.