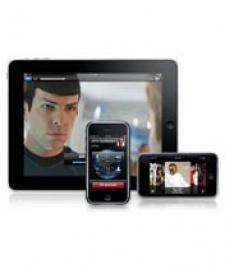 July 9th, 2012 - 05:18pm
By James Nouch, Staff Writer
Piper Jaffray analyst Gene Munster believes that Apple could sell as many as 6 million iPad Minis in one quarter, assuming the (as yet hypothetical) product benefited from a holiday launch date.

"We believe this implies that Apple could sell 4-6 million smaller iPads in the December quarter, assuming a holiday launch," Munster explained in a note to investors.

Although he noted that such a launch would cannibalise 10 percent of existing iPad sales, Munster also expects it to snatch 30 percent of total Android tablet sales in the quarter it launches  a coup for Apple's tablet market share.

"If the launch occurs in (the fourth quarter), we believe the smaller iPad would add about 1% to revenue and (earnings per share) in December," Munster continued.

Munster expects Apple to unveil the iPad Mini and iPhone 5 at the same event later this year, and to also publicly announce a refresh to its existing Apple TV offering.