The next app developer to hit big will be on Windows, predicts Steve Ballmer 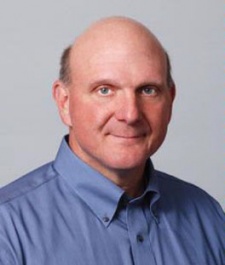 So it was that Nokia's announcement of updates to its Lumia range - the impressive 920 and the more mass market 820 - was bookended with the appearance of Microsoft's CEO.

Talking about Windows 8 strategy, he remains bullish how Microsoft's weight in the traditional PC will transfer to tablets and phones; something that Windows Phone 7 did not accomplish.

"I bet the next app developer to hit it big will be on Windows 8," Ballmer stated, pointing to what he expects to be its impact in terms of the app ecosystem.

But Windows Phone remains in a long distant third place behind iOS and Android in terms of user numbers at present.

Nokia and Microsoft are looking to kickstart developer support with a range of competitions and paid-for porting and marketing deals.

"The ecosystem has achieved exponential growth over the past 18 months, and Nokia has been working closely with developers to create unique and innovative apps," said Marco Argenti, SVP, Nokia Developer Experience.

"With new opportunities to innovate around features such as PureView camera technology, NFC and the integration of Nokia Maps, we look forward to developers creating their next generation app experiences, and partnering with Nokia to achieve success locally and globally."