On the back of strong domestic growth, Com2uS raises FY12 guidance to $65 million

This means that the company has seen half year revenue up 110 percent to 33 billion KRW ($29 million).

Much of this growth has come from within Korea, with domestic sales accounting for 66 percent of Q2 revenue. 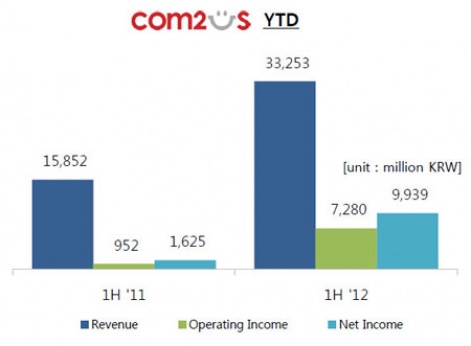 Com2uS continues to point to its performance in free-to-play smartphone games as the reason for its strong growth.

Key titles include Tiny Farm, which is very popular in Korea, as well as games such as Derby Days and Aqua Story.

Another interesting trend is the company's increasingly publishing activity.

During Q2, it released 17 internal developed games across the Apple App Store, Google Play and the Korean-only Tstore, while also releasing 10 externally developed titles. It plans to release 16 internal games in Q3, and 7 external games. 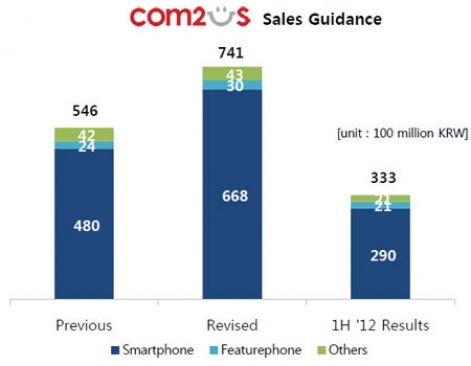