McAllister on why monetisation models aren't always to blame 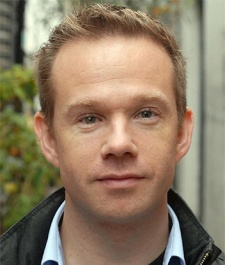 Too many developers assume the fault of a game with poor monetisation rates lays squarely at the door of the title's business model.

In reality, however, players may not be spending during play because of the game itself  a game they don't understand, can't use, and consistently delivers a poor experience in play.

That was the lesson Graham McAllister of Player Research wanted attendees at the F2P Summit in London to take away with them - but for many developers, that may be a hard one to swallow.

The power of three

Essentially, McAllister wanted developers to understand that successful monetisation relies on three other, earlier layers that they need to master during a game's development.

In short: You should look at a house's shaky foundations rather that its roof if it comes toppling down.

As such, before developers even consider how best to monetise their game, they need to master three other elements: understanding, usability and player experience.

Why, he suggested, would a player spend money on a game that can't get to grips with, can't play effectively and, as a result, doesn't entertain them?

"You will never see your monetisation realised unless you master the player experience," opened McAllister.

Mastering all these elements, however, is often a question of knowing who your player is and pinning down just what you want them to take away from play.

"Can people use your game? Can they actually achieve what you want them to achieve? That depends on an understanding of the game, and that's our lowest level. The base area. If you don't do that well, you won't do the others well."

Knowing when you've got things wrong, however, is a tricky business.

McAllister said developers tend to assume that, if a game hasn't monetised, its the monetisation method itself that's the issue  after all, that's the stage where the problem emerged.

In reality, however, a game may have lost those players far earlier on.

The issue with not being able to deduce the reasons why players aren't spending in play is that,for many studios, the most logical form of action is to alter the game in question's business model  and that can be a major mistake.

"Failing to monetise may not an issue at the top layer," advised McAllister.

"Just because someone isn't paying you, doesn't mean you're necessarily using the wrong free-to-play model. If you don't know where the error occurred, the danger is you'll change your business model  a business model that, in reality, could well be perfect."

The solution? To put it simply, developers need to "engage with their users everywhere."